Abstract: April 2016 has been incredibly exciting and thought-provoking in the world of Michael Jackson Studies.

April has been incredibly exciting and thought-provoking in the world of Michael Jackson Studies. It’s important to mention the recent death of producer, David Gest, most notable in the field for 2001’s Michael Jackson: 30th Anniversary Special. We are very fortunate at The Journal of Michael Jackson Academic Studiesto have a preview copy of a brand new book on Michael Jackson, written by British journalist, Mike Smallcombe, Making Michael, for which we will be providing a detailed academic review shortly.

I recently saw Professor Wole Soyinka ‘in conversation’ at the British Library, a longstanding Nigerian writer and political activist who believes radio is a most powerful medium for evoking cultural and societal change. In the last few months I have personally seen the capacity for change that podcasting, which is essentially radio for the 21stcentury, has. Our podcast, MichaelJackson’s Dream Lives On: An Academic Conversation has been warmly welcomed into the family of longstanding Michael Jackson Podcasts, which include The MJCast and MoonwalkTalks. These are without doubt the most inspired podcasts on Michael Jackson available. It’s so wonderful that listeners all over the world can download and enjoy them totally free and it’s such an important service that these podcasts serve to the whole community. I find the very fact that we are all creating this content solely for the love and appreciation of our subject wonderful. This month support our #MJPodcasts family by subscribing and leaving a thoughtful rating, particularly on iTunes.

The Article of the Month is a comment by contributor, Aisha Staggers, which is most definitely worth a close read. Aisha’s comments are incredibly astute and she offers a unique perspective on Michael Jackson and Afrocentricity which is so engaging and thoughtful. Read more here.
Over the next few months we will continue to release informative interviews, mini-documentaries and lots more, including our appearance at Kingvention this year. So don’t forget to subscribe to keep in touch.

3 Things I’m Grateful for This Week

Until next month, it’s all for love,
Eliza x 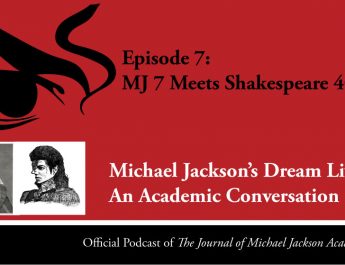