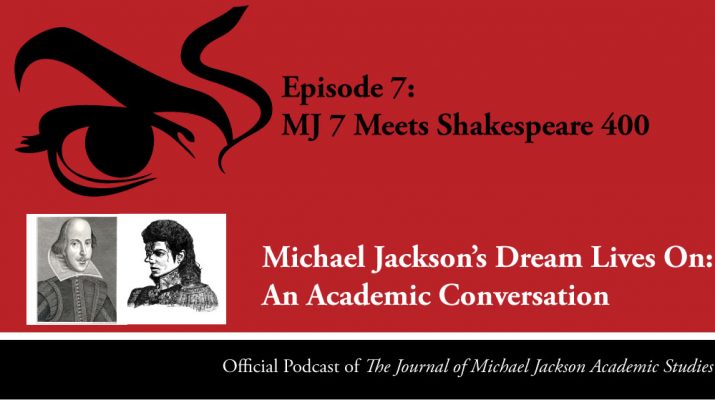 Abstract: In this seventh episode, Elizabeth and Karin discuss the fact that this year is the seventh anniversary since Michael Jackson’s death, and it is also the 400th anniversary since William Shakespeare’s. We draw several connections between the need to celebrate Shakespeare’s legacy and the ongoing debates about how to preserve Michael Jackson’s. As always, our discussions take us into new and exciting places of thought and expansion. Enjoy!

‘It’s always important to embrace art that has such a significant influence in culture… In time we’ll have so much more on Jackson, adaptations of his work and so much more.’

All Our References and Where to Easily Find Them
1. Shakespeare 400 is a ‘consortium of leading cultural, creative and educational organisations, coordinated by King’s College London’, who, throughout 2016, are marking Shakespeare’s 400th anniversary in ‘a connected series of public performances, programmes, exhibitions and creative activities’ throughout the city of London.
2. Shakespeare400 – http://www.shakespeare400.org/
3. The First Folio(1623), published seven years after Shakespeare died.
4.  ‘Chapter 20 – The Power of the Editor and Michael Jackson’s Posthumous Releases’ In The Dangerous Philosophies of Michael Jackson: His Music, His Persona, and His Artistic Afterlife (Praeger, 2016).
5. Michael Jackson’s Dream Lives On ‘Episode 3 (7/2/16): What is Michael Jackson Studies?’
6. James Shapiro, 1599: A Year in the Life of William Shakespeare (Faber & Faber, 2006)
7. Sarah Dustagheer, Jennifer Young and Hannah Crawforth, Shakespeare in London (Bloomsbury, 2015)
8. Elizabeth Amisu’s 6-week online course, An Introduction to Michael Jackson Studies at Online Arts Education. Introduction and first lesson completely free! [N.B. This offer has now expired.]
9. Professor Marie Plasse‘s Michael Jackson: Reading the King of Pop as Cultural Text at Merrimack College.10. Dr Tristan Cabello at American University, Washington, DC, United States of America
11. Michael Jackson ONE, tribute show by Cirque du Soleil. 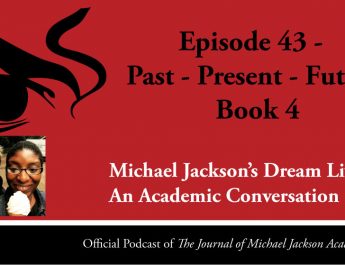 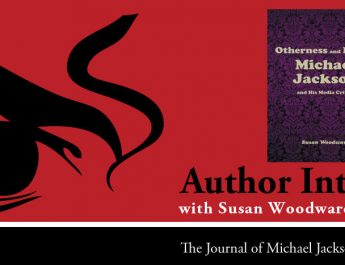 An Interview with Susan Woodward