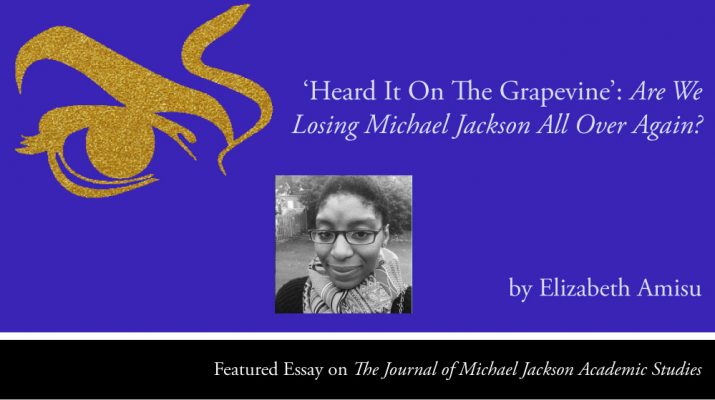 Abstract: This article was written to commemorate Michael Jackson’s 56th birthday. From the German fortress of Ehbreitstein to the ancient city of Trier and beyond) there is a meandering valley called the Mosel which hosts some of the most beautiful vineyards in the world. Reisling grapevines are draped over doors and along winding streets. This article is also available in Spanish via the following link: https://michaeljacksonstudies.org/estamos-perdiendo-a-michael-jackson-de-nuevo/.

Amisu, Elizabeth. “Heard It on the Grapevine’: Are We Losing Michael Jackson All over Again?” The Journal of Michael Jackson Academic Studies 1, no. 3 (2015). Published electronically 30/3/15. https://michaeljacksonstudies.org/estamos-perdiendo-a-michael-jackson-de-nuevo/. Originally published 14/11/14 via https://elizabethamisu.com/2014/11/14/heard-it-on-the-grapevine-are-we-losing-michael/.

‘Heard It On The Grapevine’: Are We Losing Michael Jackson All Over Again?
by Elizabeth Amisu

From the German fortress of Ehbreitstein to the ancient city of Trier and beyond) there is a meandering valley called the Mosel which hosts some of the most beautiful vineyards in the world. Reisling grapevines are draped over doors and along winding streets.
Brothers Grimm fairytale houses are adorned with ornate calligraphy. They remind me of Neverland Valley Ranch. Why? Well, around Michael Jackson’s birthday it becomes nearly impossible to write around him. He is the fallen hero as well as the singing seraphim.

A lesson I learned from Michael Jackson: study absolutely everyone and everything. There is no such thing as useless information. Listen and learn always. Cultivate a thirst for knowledge and it will nourish you. With this inquisitiveness I spoke to a local winemaker to learn about her unique heritage.

She taught me about the relationship between the vines and the valley, the vineyards and winemakers, about the symbiotic heritage of the place. She had the grace of a Classic Hollywood starlet and a wisdom which could only come from years of experience. She told me how the hands of each element of the winemaking process are held tight in a harmonic embrace: the human taking from nature and in turn tending the woodland surrounding the valley. She explained that the tourists which came to the region were providing an income which would in turn help to preserve the environment.

You may wonder what this has to do with the popular, mainstream music of Michael Jackson. Well, the art of Michael Jackson, like the culture of winemaking in this beautiful valley is in serious jeopardy. New generations of winemakers are choosing to leave what is a not-so-lucrative family business with hundreds of years of history because often they cannot make ends meet.

I couldn’t help but feel a parallel with the words Michael Jackson spoke, the music he made and the short films he produced. He was indeed the author of all his work – from his live performances (and how they were presented on camera) to his clothing, appearance and message of love and hope. He too was the architect of his struggles and made them our business, the struggles of the every person, the dejected, the ostracised, the mistreated. He didn’t have to do that. But he did and it was indeed a beautiful body of work.

From ‘Ben’ to ‘Cry’ Michael Jackson fashioned an intricate canon which is now in jeopardy. The short films he painstakingly fashioned are being re-appropriated piecemeal, extracted from their original context before our very eyes, his activism and outcries for the plight of the environment, of the poor and sick, of ‘voiceless children’ are already being lost in the throng.

And it has been barely five years since he was gone.
We, the dreamers, the thinkers, the academics, and the visionaries, to whom Michael Jackson should matter, are in danger of losing sight of exactly how he was an author, director, composer and poet. Especially the way he channelled his personal experiences and genuine love for people into both art and charitable works. That is so often becoming the bonus track when it should be the main score.

Have we already forgotten that Michael Jackson was so much more than his lucrative global brand? Have we turned an activist and humanitarian in the ilk of Mandela and Lennon into a brand like McDonalds and Starbucks? Or are we on our way to doing so by reducing Jackson’s contributions and saturating the market with mixes and releases which carry none of the weight and meaning of Michael Jackson’s message.

Like fine wine, Jackson’s work was preserved in an almost timeless form. We will never have to imagine or ask others how he spun and glided, he knowingly bottled those performances and always with a message we could use to be better, live better. We will never have to ask him what he thought or how he felt because he immortalised that too in albums and short films, interviews and song lyrics. But if we do not take the time to preserve a great body of work like Michael Jackson’s, it is likely that we will lose it. As the song says, ‘time waits for no one’ and time has an uncanny way of filtering out the worst as well as the best.

Some will and already have attempted to rewrite history, even while Michael Jackson was making it. They discount and devalue his contribution as one of the most incredible artists of our age. He symbolises the best in us while his mistreatment symbolises the worst in us.

All that remains is that we, those who make art and write discourse, must not let the real Michael Jackson be lost again. This is our responsibility. We are the real gatekeepers and we must find our own unique way to preserve the truth of Jackson’s art for future generations.
There are just a handful (approx. 10) of well-researched published books focused on the staggering body of work that Michael created in his lifetime. There were none of note before his death even though ‘Thriller’ was twenty-five years old in 2007.

Shockingly few of those which now exist (5) are mass published which means only doggedly determined fans and academics can procure them all. On the other side of the balance lie thousands of tabloid and tabloid-inspired infotainment pieces and articles in hundreds of languages based solidly in lies.

Jackson’s body of work, his ‘gift to us’ must be treated as an artistic canon. Any academic worth their salt will tell you that canon must be treated with esteem – untampered with and untouched. Equally, we must be careful not to elevate ‘Thriller’ above ‘Invincible’ or forget ‘Stranger in Moscow’ in our praise of ‘Billie Jean’.
If we do not find our own way to preserve and revere Jackson’s great art as well as the truth and sentiments behind it, just as with the importance of preserving winemaking traditions, it will surely die.
We could still lose the gift we were given. 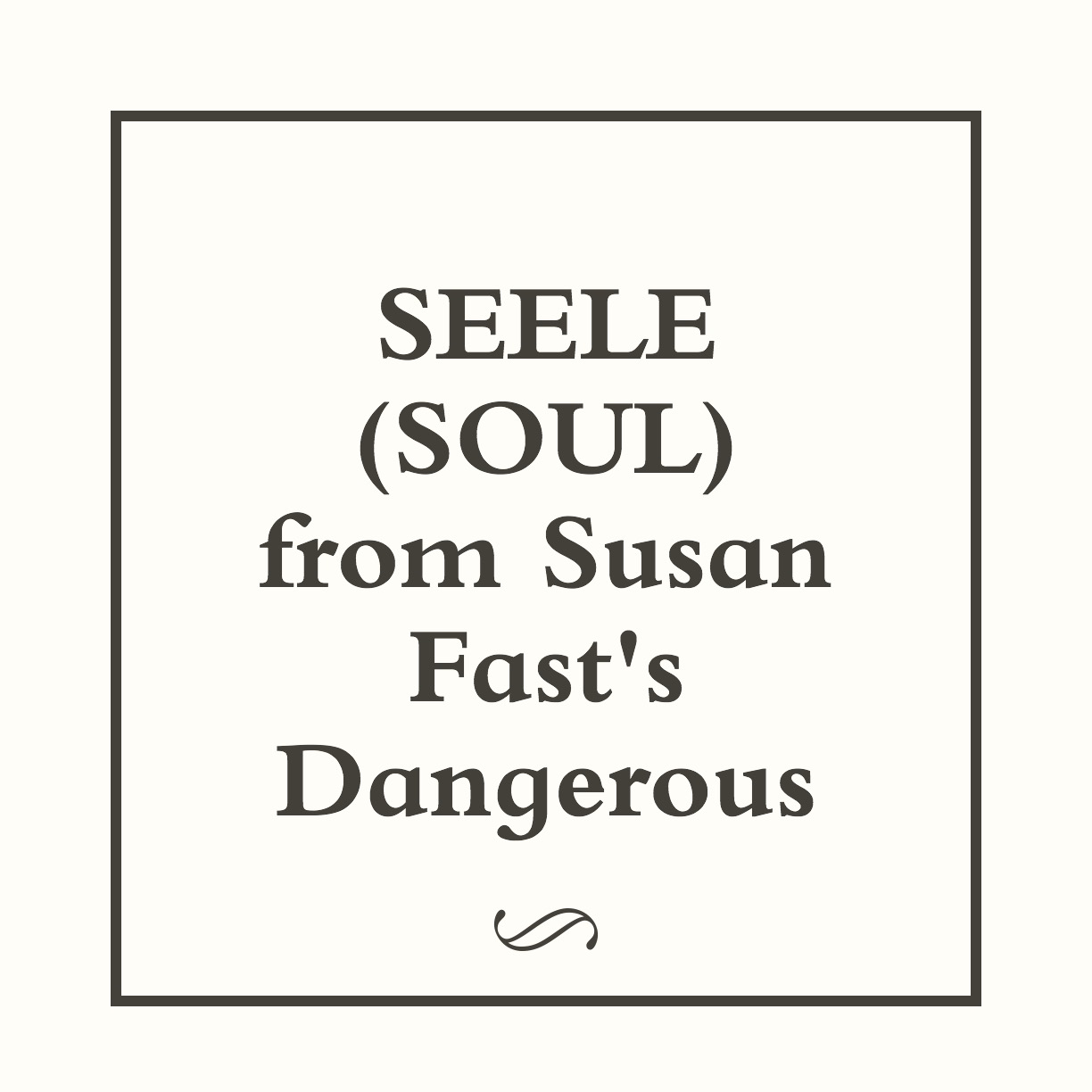 CHAPTER 3 – “EXACTLY WHICH MICHAEL JACKSON ARE WE TALKING ABOUT ANYWAY?” AGENCY AND IDENTITY IN BAD

20th October 2016 Karin Merx Comments Off on CHAPTER 3 – “EXACTLY WHICH MICHAEL JACKSON ARE WE TALKING ABOUT ANYWAY?” AGENCY AND IDENTITY IN BAD