Academic Book Review of ‘Making Michael: Inside the Career of Michael Jackson’ by Mike Smallcombe
By Elizabeth Amisu

It’s important to start this academic book review with the state-of-play, as it regards to Michael Jackson biographies. First of all, although Jackson continues to be a behemoth of influence and popular culture, dance and music, the ground remains remarkably thin on reliable biographies for academics and researchers to consult, with any sense of confidence.

One of the most successful biographies on Jackson is J.R.R. Taraborrelli’s Michael Jackson: The Magic, the Madness, the Whole Story, which is problematic as it entices a mass-audience consumer, more interested in a juicy story than the (often far-less sensational) facts. Some of the most widely acclaimed books on the other hand, though biographical, are not strictly biographies, such as Joseph Vogel’s Man in the Music: The Creative Life and Work of Michael Jackson which concentrates on Jackson’s artistic process, and Zack O’Malley Greenburg’s Michael Jackson Inc. which emphasises his business acumen.

There seems to be three types of biography when it comes to Michael Jackson: the good, bad, and the ugly. It is refreshing to be able to say that Mike Smallcombe’s Making Michael: Inside the Career of Michael Jackson is in the first of those three.  It makes an excellent addition to the collections of those who already own several books on the artist. At a whopping 450 pages, it heralds the opening of a new door on cradle-to-grave biographical accounts of Michael Jackson’s life and work.

Smallcombe chose to self-publish his book in 2015, after five years of writing because of one thing he wanted most, ‘control’ (4). It seems that in the world of Michael Jackson Studies, self-published books, written out of an author’s passion for the subject, often have more to offer than one might expect. Take, for example, Armond White’s Keep Moving: The Michael Jackson Chronicles and Willa Stillwater’s M Poetica: Michael Jackson’s Art of Connection and Defiance.

Employing a dramatic narrative style, Smallcombe paints a vivid picture, choosing the points he decides to illuminate carefully. After an adulatory foreword by Jackson’s long-time collaborator, Matt Forger, are chapters on Jackson from 1958 (birth) to 1978 (approximately the age of 20), ‘Chapter 1: Humble Beginnings’ and ‘Chapter 2: The Road to Off the Wall’. What is most disarming about this biography, is the way it presents Jackson, as though we have never heard of him before. Smallcombe’s use of a ‘behind the scenes structure’ (2) definitely has all the immediacy that the author intended.

Smallcombe charts Jackson’s serendipitous journey to the album, which would make him the biggest selling black recording artist in the world, ‘Chapter 3: Live it Off the Wall’. His use of scriptwriting modes, such as ‘ENTER: ROD TEMPERTON’ (35) serve to break up large sections of text, which expand on Jackson’s life experience. Furthermore, in order to produce more fluidity, the author chooses not to use superscript annotation, and instead leaves all his notes to the reference section at the back of the book.

The Thriller years undoubtedly follow in ‘Chapter 4: Making Music History’, ‘Chapter 5: The Thriller Phenomenon’ and ‘Chapter 6: There Comes a Time’. Smallcombe highlights throughout his account, pointedly, the severe toll that Jackson’s fame took on his personal life. The Bad sessions and album release are next in ‘Chapter 7: Following Thriller’ and ‘Chapter 8: The Bad Campaign’. Smallcombe highlights the changing professional relationships in Jackson’s life in these years, particularly with legendary producer, Quincy Jones.

The Dangerous years are focused on in ‘Chapter 9: DangerousDecisions’, a massive chapter, which is followed by ‘Chapter 10: The Dangerous Campaign’. A pinnacle that follows is Smallcombe’s analysis of the 1993-child molestation allegations in ‘Chapter 11: Turmoil’ – adequately named, it begins with Jackson’s ongoing cinematic/theatrical aspirations for coveted roles in The Strange Case of Dr Jekyll and Mr Hydeand The Phantom of the Opera (189), which are summarily quashed when scandal hits the press.

HIStory, the biggest selling double-album in – well – history arrives in ‘Chapter 12: Making HIStory’, another generously-sized chapter, and ‘Chapter 13: The HIStoryChallenge’, charts the highs and lows of Jackson’s career in the mid-to-late nineties. ‘Chapter 14: Blood on the Dance Floor’ gives the year 1997 a chapter of its own and discusses much of the dark themes and moods which are prevalent throughout the album.

Jackson’s last studio album, Invincible, is covered in ‘Chapter 15: The Final Album’ and ‘Chapter 16: InvincibleBecomes Invisible’. Making Michael moves on to Jackson’s film aspirations again in ‘Chapter 17: The Movie Dream’, ‘after his Sony contract ended, he simply wanted to move into film’ (310). These dreams, as they were ten years before, are destroyed by his 2005 criminal trial, ‘Michael may have been acquitted, but the damage was done’ (320).
The last four years of Jackson’s life are detailed in ‘Chapter 18: The Recovery’ and ‘Chapter 19: The Final Curtain Call’, as well as the harrowing events of his death and the immediate weeks before it, for which Dr. Conrad Murray was convicted of involuntary manslaughter. Purposely, Smallcombe does not cover the posthumous releases from Jackson’s estate, as he did not want to disagree with the perfectionist that Jackson was.

Mike Smallcombe’sMaking Michael: Inside the Career of Michael Jackson is, without a doubt, the most comprehensive biography on Michael Jackson that has been published to date. Sections, such as ‘Focus: Michael and Songwriting’ (110), are particularly useful for those using the biography for teaching purposes in a whole range of contexts. Also dotted throughout the book are beautiful pictures, designed to illustrate, rather than compensate.  It is incredibly well-researched, so as to be authoritative – an essential component to the researchers’ academic arsenal. 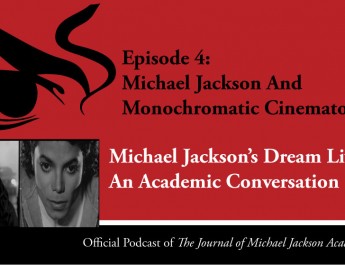 Book Review Of ‘On Michael Jackson’ by Margo Jefferson