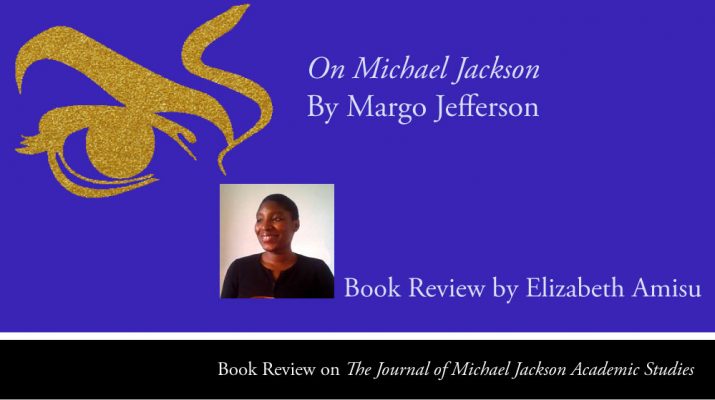 On Michael Jackson by Margo Jefferson
By Elizabeth Amisu

I mostly read On Michael Jackson by Margo Jefferson on a train. It was a particularly fitting place to read this book because its main subject matter is journeys. Journeys to and from times, places, and people.

As my academic study of the artist, Michael Jackson deepens in light of my upcoming book of critical essays, The Dangerous Philosophies of Michael Jackson, I have come to understand how impossible it is to write about Michael Jackson without taking sides.

The war between ‘For’ and ‘Against’ doubtless began in the mid-eighties (before I was even born) and since that time No Man’s Land has grown exponentially. To be on the side of Michael Jackson tends to draw immediate accusations of partisanship. Ironically, those who know most about him (through their study of his art and accusations) are often deemed to be in denial of who he “really was”. To be against Jackson (via his skin, trials, eccentricity) is socially acceptable, even post-acquittal and homicide conviction.

Jackson’s fissured personas draw unavoidable battle-lines. We, as readers, fans or simple spectators are always asked who we are for or against: the Idol, the Wacko, the Mortal or the Immortal and I discuss these fissured personas in Throwing Stones To Hide Your Hands: The Mortal Persona of Michael Jackson.

Those who like or dislike this artist have been replaced with those who hate and love. The lovers are grief-stricken while the haters are indignant. Michael Jackson was not the first casualty in this war and he certainly won’t be the last. That is the biggest reason why there is no dialogue. The two sides sit entrenched in their trenches, peering over the top, throwing bombs before ducking down, not quite able to see each other, purporting a ‘you’re either with us or against us’ mentality. On Michael Jackson is the friendly football match, Christmas 1914 between German and British forces. After that the killing resumed.

Although written and published in 2006, three years before Jackson’s passing, Margo Jefferson comes to the artist with a slightly fresher and definitely more academic perspective. She comes to him through the prism of a viciously racist culture which birthed his fame, the light of childhood stardom which sexualises and commodifies children who never recover from their early fame.

Jefferson also contextualises Jackson within his family. No one’s family is perfect. Most could be characterised as dysfunctional in one way or another. It’s just a case of degrees. In truth, the Jacksons aren’t all that different from any other American family. Many parents smacked their children under the guise of discipline, pushed their children to succeed in a variety of fields. It is the magnifying glass of fame which highlights every flaw in order to create a distorted, sensational caricature of reality.

On Michael Jackson‘s greatest strength is that it is a real attempt to marry the natural history of Michael Jackson to his personas. ‘Freaks’ is a particularly poignant chapter, presenting Michael’s mistreatment as originating from a disturbing freak-show heritage at the heart of Americana. It was quite unavoidable – exacerbated by his skin condition, vitiligo and his own personal struggle with his appearance.

However, where On Michael Jackson begins to come loose is that it takes Moonwalk, Michael Jackson’s 1988 autobiography as its sole primary source for Jackson’s voice (in a book about him) and presents him as a victim of his fate, rather than a maker of it. Moonwalk was written while the artist was 28/29 but On Michael Jackson covers events which primarily took place in the artist’s forties.

This book is so well-researched in everything but Jackson himself. I can only imagine the wonders Jefferson would have unearthed if she had taken Dancing the Dream, Jackson’s private but fervent humanitarian efforts and his own activism into account. Might these have given reason for him to be a prime target for accusation and persecution?

Yet, as I said, this is all evidence for the ‘For’ camp, duly ignored by the ‘Against’ team. Jefferson’s book is the first of a few I have come across that tries to bridge the abyss between the two. So, as an academic, fan or spectator, if you’re writing about black heritage, the price and poison of fame, or even popular culture this book will have something in it for you. You would do well to read it cover-to-cover and annotate.

If you’re looking for the man behind the music, the mortal who died in 2009 and not the caricature, then Joe Vogel’s Man in the Music has far more to offer. 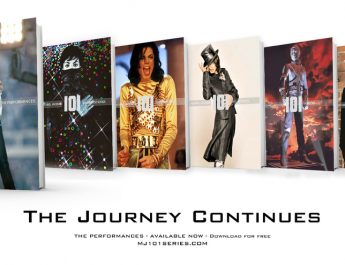 Academic Book Review of ‘Making Michael: Inside the Career of Michael Jackson’ by Mike Smallcombe

13th June 2016 Karin Merx Comments Off on Academic Book Review of ‘Making Michael: Inside the Career of Michael Jackson’ by Mike Smallcombe