Issue 4 MJ Studies Today Volume 5
15th August 2018
Posted By: Karin Merx column, duets, Kerry Hennigan, Michael Jackson, MJ Studies Today, sampling
Abstract: In this month’s column, Kerry Hennigan discusses the use of Michael Jackson’s vocals by other artists since the King of Pop’s passing in 2009.  Using examples both authorized and unauthorized, she considers the reaction of fans and family members to these tracks and how they might reflect on Jackson’s own artistic legacy.

“Don’t Matter to Me”: Posthumous duets and sampling – the use of Michael Jackson’s vocals by other artists By Kerry Hennigan

When recently Canadian singer Drake featured unreleased Michael Jackson vocals from the early 1980s on his latest hit single “Don’t Matter to Me”, fans of the King of Pop and Jackson family members shared mixed reactions to the track.  Michael’s nephew Austin Brown told the media “I mean, I’m not OK with it,” he said. “I feel like, if he didn’t finish it, you shouldn’t use it. Respect the artist, I just don’t feel like it’s OK to use someone’s vocals and… change them.”[1]

Jackson’s vocals came from demos he recorded with Paul Anka in 1983 (from which we have already heard “This Is It” and “Love Never Felt So Good”).  Anka gets a co-writing credit with Jackson on “Don’t Matter to Me” for which Drake reportedly secured approval from the Michael Jackson Estate before releasing the song on his album “Scorpion”. [2]

Reaction from Jackson fans to the track has been varied; the telling factor may very well be whether or not one is a fan of Drake, or any other artist using Jackson’s vocals posthumously.  Remember the outcry from many MJ fans when Justin Bieber’s unauthorized“Slave to the Rhythm” duet with the King of Pop was leaked in 2013?  The track was pulled from YouTube and Soundcloud shortly after it aired due to copyright infringement. [3]

When later interviewed by Access Online in 2014 LA Reid (Chairman and CEO of Epic Records) who, along with Babyface, produced the original “Slave to the Rhythm” track for Michael back in 1991 (and signed Bieber to Island Records in 2008) said he still wanted to “Do something really special with Justin Bieber and Michael.” [4]

Jackson’s Estate quickly stepped in with the following statement: “The Estate has become aware of chatter regarding a potential release of a Michael Jackson/Justin Bieber duet of ‘Slave to the Rhythm’. The MJ fan community should rest assured that while there have been lots of ideas thrown out, the Estate has confirmed that there are absolutely no plans to release any Jackson/Bieber duet.” [5]

Justin Timberlake enjoyed a posthumous duet with Jackson on the latter’s “Xscape” album (2014) on the track “Love Never Felt So Good” which became a No. 1 hit for both artists.  On that occasion, fans also had Jackson’s solo version of the song as well as his raw demo all on the same album.  Besides, Justin Timberlake was someone who had known Michael, had performed on stage with him as a member of the group ‘N Sync, and was, reportedly, an artist with whom Michael had expressed a desire to collaborate, albeit on a different song. [6]

Another Jackson collaborator, Lenny Kravitz, had worked with the King of Pop in 2001.  These sessions produced the song “(I Can’t Make It) Another Day” released on the posthumous “Michael” album (2010).  “He loved [us] working together,” Kravitz told The Guardian. “He asked me to push him. I did.”  Jump ahead to 2018 and Kravitz’ new album “Raise Vibration” boasts a track featuring Michael Jackson, using vocals left over from those 2001 sessions.  “A lot of people say: ‘Oh, you’re doing that Michael Jackson impersonation.’  No, that’s him.” [7]

However, a few MJ ad libs punctuating Kravitz’ track “Low” would seem to be a different kettle of fish from either the Bieber or Drake posthumous “duets”.  A lot of artists have sampled Michael Jackson in their songs; that’s the nature of popular music these days. [8]  Jackson himself sampled other people’s work (including classical pieces) in his own recordings. The industry permits this, provided the correct protocols are followed, such as obtaining licenses from the relevant copyright owners. [9]

As to how we (the fans) feel about this kind of use of Michael’s vocals, for some there will never be any doubt, while for others, it may depend on the artist, the song, the way Michael’s vocals are used, and how the track reflects on his legacy.  This matter of legacyis of primary importance, I believe – the main consideration being whether such use of Michael Jackson’s voice enhances or damages that legacy.

Drake’s duet has attracted attention on the strength of his track record as a current hit maker as well as on the fact that his song features Michael Jackson quite prominently.  At the time of writing, “Don’t Matter to Me” has earned Jackson his 30thsolo Billboard Hot 100 Top 10 hit and his fourth posthumous Billboard Hot 100 since his passing in 2009.  In the UK, the song debuted at No. 2 on the UK Singles Chart, scoring Michael his 44thtop 10 on that chart.  [10] [11]

[1] Elder, Sajae “Michael Jackson’s nephew is not here for Drake using the late icon’s vocals on Scorpion”, June 30, 2018 on The Faderhttp://www.thefader.com/2018/06/30/michael-jacksons-nephew-is-not-here-for-drake-sampling-the-late-icon-on-scorpion?utm_source=f

[5]  “Statement from the Estate of Michael Jackson” May 15, 2015, on MJ Vibehttp://www.mjvibe.com/statement-from-the-estate-of-michael-jackson/

[6]  Payne, Chris “Justin Timberlake nearly had duet with Michael Jackson a decade ago” May 8, 2014 in Billboard https://www.billboard.com/articles/news/6084534/justin-timberlake-duet-michael-jackson-gone-oprah

[9]  Shaw, Alexandra “I want to sample another artist’s song.  Do I need a licence?” Sept 8, 2016 on Legalvisionhttps://legalvision.com.au/i-want-to-sample-another-artists-song-do-i-need-a-licence/ 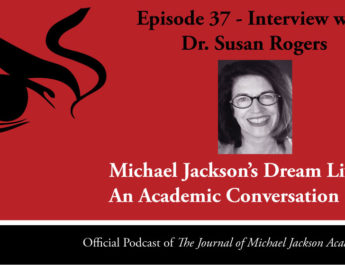