Abstract: The latest appeal by one of Michael Jackson’s accusers was dismissed by the court on 24 April 2021, but the legal battle to fully reinstate Jackson’s integrity continues, as discussed by Kerry Hennigan in this month’s MJ Studies Today column.  The Jackson Estate are suing for public arbitration with HBO on the latter’s four-hour television film that, in 2019, threatened to put an abrupt end to Jackson’s legacy as an entertainer and humanitarian.  Given the theme of this month’s column it is appropriate it be dedicated to the memory of the Jackson Estate’s long-time attorney Howard Weitzman of the legal firm Kinsella Weitzman Iser Kump LLP, and Molly Steinsapir (daughter of Weitzman’s legal colleague Jonathan Steinsapir).  Sincere condolences to all their loved ones; as Michael sang, “You are not alone.”  May they rest in peace.

Hennigan, Kerry. “MJ Studies Today LXV: “With your pen you torture men.” Michael Jackson, trial by media, cancel culture, and the suspension of presumption of innocence.” (14-05-2021).” The Journal of Michael Jackson Academic Studies 7, No. 4 (2021). https://michaeljacksonstudies.org/mj-studies-today-lxv/

“With your pen you torture men.” Michael Jackson, trial by media, cancel culture, and the suspension of presumption of innocence. By Kerry Hennigan

When HBO aired its damning 2021 TV series “Allen v. Farrow” on filmmaker Woody Allen and members of the Farrow family, voices were raised, and questions posed by commentators and bloggers on the appropriateness of what amounts to trial by media.  These are questions which fans of Michael Jackson have long asked, most recently in the wake of the HBO/Channel 4 four-hour film aired first in 2019 featuring two of Jackson’s former friends-turned-accusers. Their attempts at financial compensation through the courts have proven unsuccessful, with the latest appeal having been dismissed on 24 April 2021. [1]

The difference between Allen and Jackson is that Allen is still very much alive and can speak out on his own behalf with respect to the accusations about his behaviour.  For him, defamation laws still apply.  However, Michael Jackson died in 2009, so his Estate has had to resort to a 1992 contract containing a perpetual non-disparagement clause, to take HBO to court.  The intention here is to use the conditions of the contract that require mediation in the event of a dispute, to expose in a public  forum that the claims of Jackson’s accusers are baseless. [2]

The response to the HBO film from Jackson’s family, in addition to denying the spurious claims, includes a public funding drive by Taj Jackson, son of Tito of the original Jackson 5, to make a series of films detailing the facts of Michael Jackson’s life.  This will include what the pop icon endured at the hands of industry powerbrokers and the media, and those individuals who saw him as a source of fame and fortune for themselves.  Taj launched a GoFundMe campaign to make the series he has called “The Truth Runs Marathons”, a title taken from a statement once made by his uncle: “Lies run sprints, but the truth runs marathons.”[3][4]

Other independent filmmakers have already acted to counter the HBO film.  “Square One” directed by Danny Wu and “Neverland Firsthand” by Liam McEwan are but two examples that have effectively challenged HBO’s negative narrative about Jackson. [5][6]  Also in the making is Jin Chohan’s “Trial by Media: The Michael Jackson Story” which will look at the media’s role in promoting that narrative. [7]  Many other fan-made videos have also been effective in correcting the HBO film’s depiction of the pop icon.

However, the 2019 HBO/Channel 4 TV special won awards despite  a lack of any artistic or technical merit and the transparency of the orchestrated campaign of industry heavyweights and blue tick celebrities weighing in on its promotion.  Some of these same heavyweights have cried foul over the attack on Woody Allen, seemingly ignorant of their recent role in suspending presumption of innocence for Michael Jackson.  Irrespective of whether the Allen v. Farrow matter has merit (a matter for the courts, not the media) the reaction from some individuals highlights the disparity in treatment of Michael Jackson compared to other public figures.

As happened leading up to and during his criminal trial of 2005, since February 2019, Jackson has been actively exempted from basic rights such as the aforementioned presumption of innocence.  Without any evidence of wrongdoing, following the airing of the HBO special, there were calls for his music to be removed from radio station playlists, the banning of tribute shows, and removal of Jackson artifacts from exhibitions. In Jackson’s case, the #metoo movement was co-opted in on what became a concerted effort by some to cancel Michael Jackson from entertainment history.  Suddenly it seemed his fans were expected to apologise for having liked him.

However, what the proponents of cancel culture failed to realise was that many of Jackson’s fans had already supported him through similar accusations in the 90s and during his trial of 2005, in which he was found not guilty of all charges brought against him.  This experience has made them fully aware of the way the media works with respect to promoting a negative narrative and has armed them with a multitude of facts, figures and court transcripts.  Consequently, two years after the initial screening of the HBO special, Jackson’s music can still be heard on radio and over shopping mall sound systems. His on-line streaming figures are up, as are views of his short films on his official YouTube channel, and he retains the title of highest earning deceased celebrity on Forbes’ annual list. [8]  His Cirque du Soleil show is one of the residencies set to reopen later this year in Las Vegas, and performances of MJ: The Musical are currently scheduled to begin on December 6, 2021 as part of Broadway’s anticipated post-COVID reopening. [9]

Much of today’s media is single minded in its goal of attracting more readers with click-bait headlines, irrespective of what evidence may exist to counteract their lurid accounts.  Truth should never get in the way of a good story, seems to be their creed.  A good (fictional) illustration of this is given in the movie “State of Play” (2009) starring Russell Crowe as a rare (if not extinct) breed: an ethical journalist.  When he tells his editor (played by Helen Mirren) that he did not believe the credibility of a particular source, who subsequently took her story to another newspaper, the editor explains that selling newspapers is their primary objective, not whether the story is true or not.  Having to publish a retraction would just result in the sale of more newspapers, an imperative for survival in an industry then being overtaken by digital news sources. [10]

Jackson fans should appreciate Crowe’s personal feelings about the media.  Following his attendance at the UK premiere of “State of Play”, the Guardian reported: “Crowe has a history of less-than-happy encounters with the media, which he has accused of ‘trivialising the news’ and emphasising things that are ‘known to be a lie’. He says he has felt ‘flayed and betrayed’ by the press invading his private life.”[11]  Sound familiar?  As they did in the golden age of newspaper journalism and the early days of television news reporting, people today are inclined to believe that if a story makes the print or digital media, or a purported documentary is made about it, it must be true.  Sadly, this is now far from the case, not just about Michael Jackson, or Russell Crowe and other celebrities.  The golden age of journalism is long past. “Fake news” is a term invented by those who perpetuated it; don’t worry about the facts, they tell us, just believe what we say.

Jackson’s own disenchantment with the media goes back to the 1980s when he achieved the highest selling record on the planet (“Thriller”), won a host of awards and bought the Beatles catalogue.  There was subsequently a media backlash that sought to bring down an artist it had previously helped to promote.  In his 1988 autobiography “Moonwalk” Jackson complained: “Mistruths are printed as fact, in some cases, and frequently only half of a story will be told. The part that doesn’t get printed is often the part that would make the printed part less sensational by shedding light on the facts.”[12]

Jackson’s condemnation would become stronger as he and his art matured, and the media’s attitude towards him further deteriorated.  On his 1995 album “HIStory, Past, Present and Future, Book 1”, in the song “Tabloid Junkie”, Michael sings: “It’s slander / You say it’s not a sword / But with your pen you torture men / You’d crucify the Lord.”[13]  In light of the attacks launched against his character and reputation since his passing, Michael Jackson’s assessment of his greatest adversary has proven to be no exaggeration.

(b)  Friedman, Roger.  “Case Against Michael Jackson Brought by Wade Robson Tentatively Dismissed by Judge, Basis of “Leaving Neverland” Documentary.”  Showbiz 411 column published electronically 20 April 2021.  https://www.showbiz411.com/2021/04/20/case-against-michael-jackson-brought-by-wade-robson-tentatively-dismissed-by-judge-basis-of-leaving-neverland-documentary.  Friedman, who has not always been sympathetic to Jackson in the past, is strongly supportive of the (then tentative) ruling by Judge Young, which was confirmed on 24 April 2021.

(c) Other media reports would have us think that the Jackson Estate used its muscle to convince the judge to dismiss the case brought by his remaining accuser.  Associated Press’ Andrew Dalton had stories published by both the LA Times and USA Today with noticeably different titles and numerous links to stories detailing the accusations, and misstating the arbitration as “private”.  Blogger Tiffany Smith has a more sympathetic take in her article on AVIDGLTR.com.

[2] Lantagne, Stacey.  “Was Leaving Neverland a breach of contract by HBO based on its airing of a 1992 Michael Jackson concert?” (2019) https://lawprofessors.typepad.com/contractsprof_blog/2019/05/was-leaving-neverland-a-breach-of-contract-by-hbo-based-on-its-airing-of-a-1992-michael-jackson-conc.html

[11] The Guardian.  “Russell Crowe: playing a reporter has not changed his mind about media” (2009) https://www.theguardian.com/film/2009/apr/23/russell-crowe-state-of-play 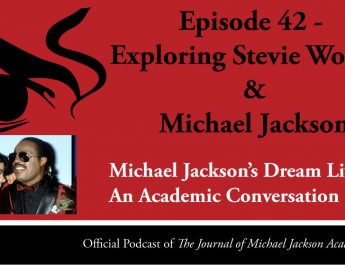