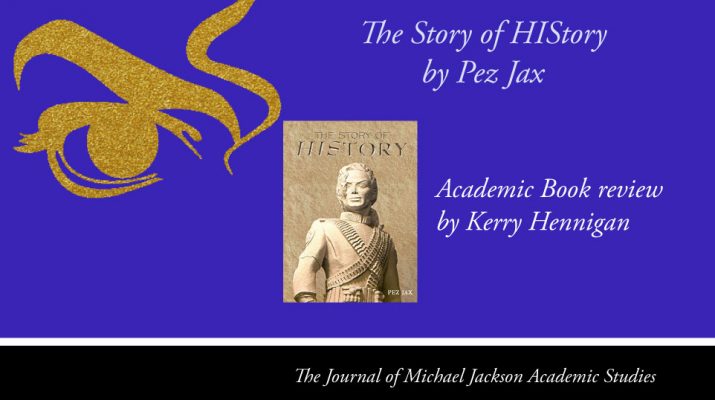 REFERENCE AS: Hennigan, Kerry, “Academic Book Review of ‘The Story of HIStory’ by Pez Jax, , The Journal of Michael Jackson Academic Studies, 7, no. 1 (2020). Published electronically 19/08/2020.   https://michaeljacksonstudies.org/academic-book-review-the-story-of-history-by-pez-jax-review-by-kerry-hennigan/

The period between the release of his “Dangerous” album (1991) and its mammoth successor, “HIStory: Past, Present and Future – Book 1” (1995) was a tumultuous one for Michael Jackson.  Much of what he went through in the years between, inspired the songs he chose for Disc 2 of the album – which has sold more copies than any other double album set.  Some of those songs, which Jackson subsequently performed on his HIStory World Tour, remain popular anthems in times of social or environmental unrest, or speak to the emotionally isolated who suffer their loneliness in silence.  The new material on “HIStory” makes this Jackson’s most biographical album while also being his most socially (and vocally) reactive.

Author Pez Jax provides an informed view of the events that inspired some of the 15 tracks on Disc 2 of the “HIStory” package, called “HIStory continues”.  He relays the insight gained from his interviews with some of the personnel who worked for and with Jackson on the project, including Dan Beck, who was Jackson’s product manager at Epic Records from 1991 to 1996 inclusive.  Beck has also written the Foreword to the book.  While the text throughout is not footnoted, there are pages of Notes at the rear of the book, listing the author’s sources for the contents of each chapter.  However, there are some quotes for which sources are not provided, which slightly diminishes their integrity from an academic perspective.

“The Story of HIStory” is primarily a book for fans of Jackson who enjoy discovering the minute details of their icon’s creative output, for anyone interested in popular culture and the 90s, and pop music history generally.  It is a story that begins back in 1989 when, two years after the release of Jackson’s “Bad” album, Michael began work on a greatest hits collection to be called “Decade”.  This would eventually be shelved for “Dangerous” and the greatest hits (some of them) would comprise Disc 1 of “HIStory”, titled “HIStory Begins”.

Initially, as Jax explains, the intention in releasing a greatest hits collection was “to celebrate [Jackson’s] success to date, keep his name in the press for the right reasons, and allow his previous music [to] take the pressure off of delivering a full album of new material.” [1]  However, following the 1994 Northridge earthquake which caused considerable damage in LA, Jackson and his recording team headed off to New York City.  Here, a reinvigorated Jackson expanded on his original plans to record just two or three new songs.  As Jax explains, “the sessions were now centralised around creating a host of new music to accompany the Greatest Hits.”  These were the songs that would comprise Disc 2: “HIStory Continues” – some of the most powerful songs Jackson ever recorded.

Jax suggests that the contrast between the nostalgia of “HIStory Begins” – which concludes with “Heal the World” – and the new material on “HIStory Continues”, bolsters the story element of Jackson’s narrative.  “This is where we left things, and this is where we are now”, Jackson seems to be saying. [2]  Where Michael was now – as a phenomenally successful artist in his mid-thirties – was exemplified on the opening track of Disc 2 – “Scream”, the duet with his sister Janet.  As the first single from the album, it let the public and critics know that the artist was not passively accepting of the controversies surrounding him.  As MTV presenter Roy Cokes enthused, “He’s Back, he’s black and he’s mad as hell.” [3]

Through his numerous interviews Jax has unearthed rare details not only of the recording of the album, but its promotion and packaging (including the sculpting of the statue featured in the cover shot) the making of the short films, the single releases, and any live performances thereof.  More than that, in writing “The Story of HIStory”, Jax has given us a creatively-focused biography of the years in which Jackson conceived and created the mammoth achievement that was, and remains “HIStory: Past, Present and Future – Book 1.”

If there are negatives, they are relatively minor in nature, such as a few type-setting errors, with the odd letter or word seemingly having dropped out of the text – possibly during the editing process.  As previously mentioned, there are Notes, but actual footnotes providing specific sources would have made “The Story of HIStory” more valuable as an academic resource.  There is the odd factual anomaly, such as the reference to “Earth Song’s” tank and cherry picker being brought back for Jackson’s performance of the song in his “This Is It” concerts. [4]  The tank had, in fact, been replaced by a bulldozer for this staging of the song (as can be seen in the “This Is It” movie) as was relevant for its theme of the imperilled rainforest.

These minor issues aside, “The Story of HIStory” is an achievement the author can be proud of, and one for which Jackson fans can be truly grateful.  For academics, it fits comfortably alongside Joseph Vogel’s books on Jackson which are frequent go-to sources when researching the King of Pop.  In summation, Jax’s sentiments on the impact of “They Don’t Care About Us” (Chapter 10 in the book) can be read as relevant to all  the new material Jackson released on the “HIStory” album, whether it be “Earth Song”, “Stranger In Moscow”, “2 Bad”, “Little Susie” or any of the other fifteen tracks from “HIStory Continues” (not to mention the greatest hits on “HIStory Begins”) into which the artist had put his heart and soul.  He writes:

“While ‘They Don’t Care About Us’ has risen from the ashes of 1995 to become a song that continues to offer a voice to the disenfranchised, it’s ultimately a shame that Michael is not here to see the real, lasting impact of what he created.” [5]

Pez Jax is a London-based Michael Jackson fan and author whose first book was “Off the Wall. From the Beginning. Brick by Brick” released in 2016.  He is probably best known for the MJVibe website, and its “Iconic” magazine, as well as for establishing the highly successful “Kingvention” fan event.  He has also written some important and widely distributed articles on Jackson and appeared on Sky News Sunrise in 2019 to talk about the importance of listening to the lyrics in Jackson’s music, particularly songs like “Tabloid Junkie” and others in which the pop icon responds to his critics.

Kerry Hennigan is a global Michael Jackson pilgrim who blogs about the pop icon, runs a group on Facebook named in honour of her favourite music video “Michael Jackson’s short film ‘Ghosts’” and produces a free monthly newsletter titled A Candle for Michael.  Kerry describes herself as a perpetual student, her favourite fields of academic study being Ancient and Medieval History, Archaeology and Anthropology.  She is a co-editor of the Journal of Michael Jackson Academic Studies for which she has written the monthly MJ Studies Today column since September 2016, contributed the occasional book review, and an opinion piece on the childhoods of Michael Jackson and James Baldwin. 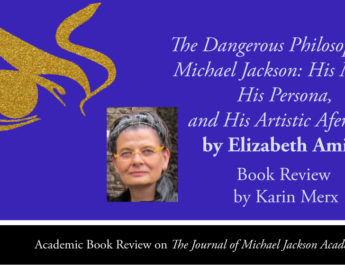 Academic Book review of The Dangerous Philosophies of Michael Jackson: His Music, His Persona, and His Artistic Afterlife

11th October 2017 Karin Merx Comments Off on Academic Book review of The Dangerous Philosophies of Michael Jackson: His Music, His Persona, and His Artistic Afterlife 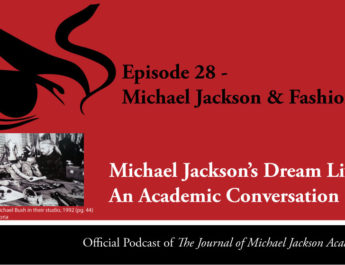