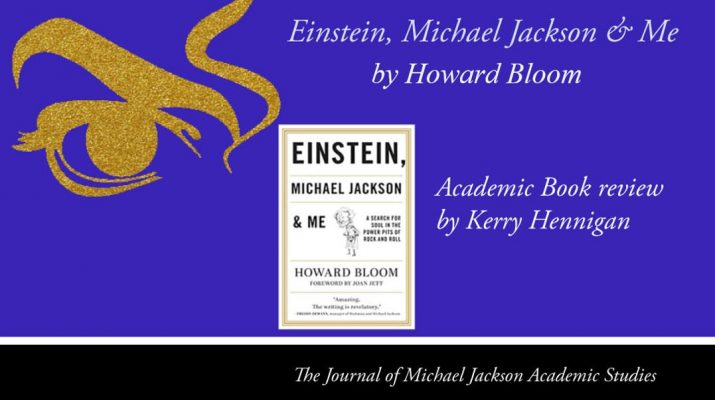 What it’s about: Howard Bloom spent ten years as a music publicist in the United States, working with Michael Jackson and many other prominent artists.  This book is about his search for soul in rock and roll, and his journey into some of the subcultures that develop around certain artists and musical styles.  As indicated by its title, Michael Jackson is a key figure in Bloom’s story, despite being just one of many artists to have a part in the narrative.

Author Howard Bloom has been many things throughout his professional life – a science nerd who has published or lectured at scholarly conferences on everything from quantum physics and cosmology to neuroscience, evolutionary biology, psychology, information science, governance, and aerospace.  A short definition could be “scientist, publicist and author.” [1]  It is his ten years as a music publicist that provide the stories contained in this curiously titled volume.  Using Michael Jackson’s name can be viewed as a clever marketing ploy, and that seems a fair assessment.  However the presence of Michael Jackson in Bloom’s history of his time as a star maker is relevant.  It is Bloom’s involvement with Jackson which provides Einstein, Michael Jackson & Me with a barometer against which his contact with other artists and industry insiders is measured – the good, bad and the (metaphorically) ugly, if you will.

Jackson is the subject of the opening chapters and the eventual climax, beginning with Bloom’s reaction to the King of Pop’s sudden death in June 2009.  Bloom then launches into the story of his first meeting with Michael in the mid-80s, when The Jackson’s Victory tour was in trouble.  Bloom crafted a press release to counteract negative media reports about the tour and was impressed that Michael recognised the care he had taken in writing it – the art hidden in the craft, as Bloom calls it.  The pair clicked.  Bloom is forthright in stating that meeting Michael was one of the greatest gifts of his life.  “He had more to give his fellow humans than anyone you or I have ever imagined.” [2]

There are many other artists with whom Bloom worked during his ten years in the entertainment industry – these include Prince, Bob Marley, Bette Midler, Billy Joel, Paul Simon, Peter Gabriel, AC/DC, Queen, Joan Jett (who provides the Forward to the book) and Chaka Khan.  He has stories about all of them.  He aids the young Stephanie Mills in the early stages of her career and helps ZZ Top find its audience beyond the borders of Texas.  The book’s comprehensive index makes it easy for readers to quickly access the parts of the narrative that involve their personal favourites.  However, some of the real movers and shakers, for better or worse, are not necessarily household names, though most of us have seen the results of their influence.  Some are music critics – the “lead rams” of the “dull flock” of sheep who guide public opinion on who is hot (and who is not), who will be the next big thing, and who the next has been. [3]

Bloom’s work as a publicist was informed by his love of science, and the lessons he learned from reading Albert Einstein.  An avowed Atheist, he uses science as a “perceptual lens” to find “the gods inside rock and roll”.  The gods are our imaginations, our passions, and our hearts and minds.  And the most god-like person Bloom has ever met?  Michael Jackson, who was “the closest you’d ever seen to an angel or a saint.” [4]

Bloom’s narrative style is conversational, and what might otherwise have been complex philosophical ideas are expressed in simple terms.  Inspired by the example of Einstein’s short, simplified explanation of his Theory of Relativity, Bloom mastered the art of writing.  This is what Michael Jackson had recognised and appreciated in Bloom’s press release.  It saved the Victory tour from being scuttled by negative media reports before it had even begun.

Which brings us to Bloom’s ruminations near the end of the book, on who was responsible for what happened to Michael.  The chapters are tellingly titled “Who killed Michael Jackson?” and “Michael Jackson’s sexual crucifixion” respectively.  Since much that was instrumental in the concerted attempts to destroy the King of Pop’s image had happened after Bloom was eased out of Jackson’s life, his conclusions are speculative.  But he comes at them informed by his knowledge of some of the shadowy figures in the background and the behaviour and career-destroying tactics they employed with other artists.

Einstein, Michael Jackson & Me is supported by many notes, although some of the sources cited are of dubious quality.  For example, Bloom references, and refers to J. Randy Taraborrelli as Michael Jackson’s “definitive biographer”; Ian Halperin is another who is referenced, as is Steve Knopper.  And then there’s Wikipedia – a curious source for an academic to use, and which Bloom even refers to, tongue-in-cheek, as “the keeper of today’s folk wisdom about everything on earth and beyond.” [5]  But he still uses it as a source.  It is thus important for the student to distinguish between what Bloom has personally witnessed (which is a lot), what he has sourced from others (and the quality of those sources) and, lastly, what is informed speculation.

These reservations aside, Howard Bloom’s book is a fascinating journey to both the light and dark sides of the music industry.  This reviewer found his admiration for Jackson’s unique qualities as artist and man, to be a vindication of Jackson’s talent and character.  Sadly, Bloom’s naming of some of the shadowy individuals who manipulate others for their own gain, confirms much that has been hinted at over the years.  But, once again it is important to differentiate between the author’s testimony and his suspicions.  In this respect Einstein, Michael Jackson & Me is at times a deep dive into the dark underbelly of the music industry and some of its suspected conspiracies.  The obvious counterbalance to the darkness is Michael Jackson himself, whom Bloom describes as “the closest person to the godhead I’ve ever met.” [6]

[1]  “About Howard Bloom” on his official website.  Accessed 14 June 2020 at https://www.howardbloom.net/about-howard-bloom/

Howard Bloom is the author of seven books, including The Lucifer Principle: A Scientific Expedition Into the Forces of History; Global Brain: The Evolution of Mass Mind from the Big Bang to the 21st Century; The Genius of the Beast: A Radical Re-Vision of Capitalism; How I Accidentally Started the Sixties; The Muhammad Code: How a Desert Prophet Brought You ISIS, al Qaeda, and Boko Haram; The God Problem: How A Godless Cosmos Creates and his latest title Einstein, Michael Jackson & Me: A Search for Soul in the Power Pits of Rock and Roll.  Bloom has published or lectured at scholarly conferences in twelve different fields, from quantum physics and cosmology to neuroscience, evolutionary biology, psychology, information science, governance, and aerospace.  His work has appeared in the Washington Post, the Wall Street Journal, Wired, Knight Financial News Service, Cosmopolitan, The Village Voice, and the blog sites of Psychology Today and The Scientific American. Source: https://www.howardbloom.net/about-howard-bloom/

Kerry Hennigan is a global Michael Jackson pilgrim who blogs on Michael Jackson, runs a group on Facebook named in honour of her favourite music video “Michael Jackson’s short film ‘Ghosts’” and produces a free monthly newsletter titled A Candle for Michael.  Kerry describes herself as a perpetual student, her favourite fields of academic study being Ancient and Medieval History, Archaeology and Anthropology.  Kerry is a co-editor of the Journal of Michael Jackson Academic Studies for which she has written the monthly MJ Studies Today column since September 2016. 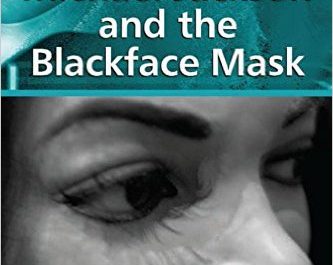