William Shakespeare and Michael Jackson both cemented their fame with early major successes, work often considered their “greatest hits”; but neither of them stopped creating after that. In this month’s MJ Studies Today column, Kerry Hennigan challenges the popular perceptions of Shakespeare as an Elizabethan poet and playwright, and Jackson as a performer supposedly at his peak in the 1980s.

Shakespeare and Michael Jackson – The Bard after Elizabeth I and the King of Pop after Thriller: challenging popular perceptions.
By Kerry Hennigan

At the risk of committing what some may consider sacrilege, I can’t help seeing parallels in the way William Shakespeare and Michael Jackson, two creative geniuses separated by 400 years of human history and development in the arts, are perceived by their respective audiences. Both played major roles in the popular culture of their times (as noted in the 2016 podcast “MJ 7 meets Shakespeare 400”). [1] Both outlasted the fashions of the decades in which they achieved their initial fame; yet both are associated with those periods in preference to the years – and significant works – that followed. I believe this does a disservice to their individual legacies.

William Shakespeare (baptised1564 – died 1616) is most popularly identified as an Elizabethan poet and playwright, just as Michael Jackson is often identified with the “Off the Wall” and “Thriller” eras of 1979 to mid-1980s. Yet, Shakespeare’s career as a playwright continued into the reign of James I, Elizabeth’s cousin, and son of Mary Queen of Scots. Some of Shakespeare’s Jacobean-era plays, e.g. King Lear, Macbeth and Coriolanus, touch on matters dramatic and sinister and are full of dark foreboding. When juxtaposed with the politics of the day, some of these latter works were “sailing close to the wind” as Shakespearean scholar James Shapiro suggests. It is possible the Bard was using his art as commentary on some of the controversial events of his day. [2] [3]

Fashions in live entertainment have always been fluid and reactive to the mood of the times, being reflective of it, or counteractive. Under the Tudor monarchs, and then with James 1, colourful masques enjoyed increased popularity in place of the conventional comedies and tragedies. [4] As proposed by Shapiro, “Young rivals may well have begun whispering that Shakespeare was all but spent, a holdover from an earlier era whose no longer fashionable plays continued to be recycled at the Globe Theatre and at court.” [5] If that were true, history has proven their dismissal of the Bard to be extremely short-sighted. On King James’ arrival in London, Shakespeare and company were granted royal patronage, becoming the Kings Men who continued to play at the Globe and later, at the indoor venue of Blackfriars. [6]

When it comes to Michael Jackson, many music critics fall into the trap of failing to take seriously anything he recorded after he stopped using Quincy Jones as his producer. For some, their enthusiasm stops before that – with “Off the Wall” (August 1979) or “Thriller” (1982). They believe the high point of Jackson’s career is entrenched firmly in the early 80s, a period when he was still recording and touring with his brothers as The Jacksons. Beyond that, they might write him off as believing his own hype (much of which the media created or exaggerated) or, as was suggested in the 1990s and beyond, having Messianic delusions. [7]

In the wake of his world-dominating “Thriller” album, Michael began to write more of his own material and insist on more creative control in the recording studio. On his 1987 album, “Bad”, his last with Quincy Jones as producer, Jackson wrote most of the songs, signalling his maturation as an artist who now wanted to be in control of his work. Around this time, Jackson went from being the darling of the masses to the media’s whipping boy and would never again enjoy critical reaction like that lavished on his early 80s work.

It also cannot be ignored that disaffection with Jackson coincided with the escalation of the skin disorder Vitiligo from which he suffered, and which depigmented his skin and left it blotchy. His attempts to disguise the condition with creams and heavy make-up to even out his skin tone should have had no effect on critical assessment of his work. But the fact is, it did, and his credibility has been unfairly called into question to this very day (despite medical evidence to the contrary) including the accusation that he didn’t want to be Black. “Journalists seem willing to say anything to sell a paper,” Jackson wrote in his 1988 autobiography “Moonwalk”. [8] He had much stronger things to say on the media with the arrival of the 90s.

Shakespeare and Jackson both cemented their careers with early major successes, work often considered their “greatest hits”; but neither of them stopped creating in the years that followed. Shakespeare deserves to be appreciated for “The Tempest” (1610) as much as for “Romeo and Juliet” (1595); in the case of Michael Jackson, “Stranger In Moscow” (from the HIStory album,1995) deserves recognition equal to “Beat It” (1982). Some of the best work of these two creative geniuses came in the later years of plying their craft.

Turbulent times, both social and political, (and personal, in Jackson’s case), prompted some of their most insightful and socially conscious commentaries. These works may be more complex, the messages more poignant – or pointed – and because of all that has gone before, the mastery of their art is that much greater. This deserves acknowledgement when discussing their many timeless achievements.

Photo montage “We are such stuff…” by Kerry Hennigan using personal photograph of Shakespeare’s Globe, London, and professional image of Michael Jackson sourced from the internet.  No infringement of photographic copywrite is intended in this not for profit educational exercise. 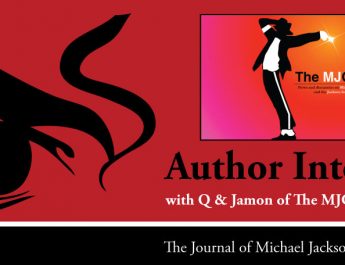