Abstract: In this column, Kerry Hennigan wonders why Michael Jackson suggested burning tabloids while knowing the history of the burning of books and pamphlets in the medieval period, and the Nazi book burning.

“Burn all Tabloids” – Michael Jackson and the media.  By Kerry Hennigan 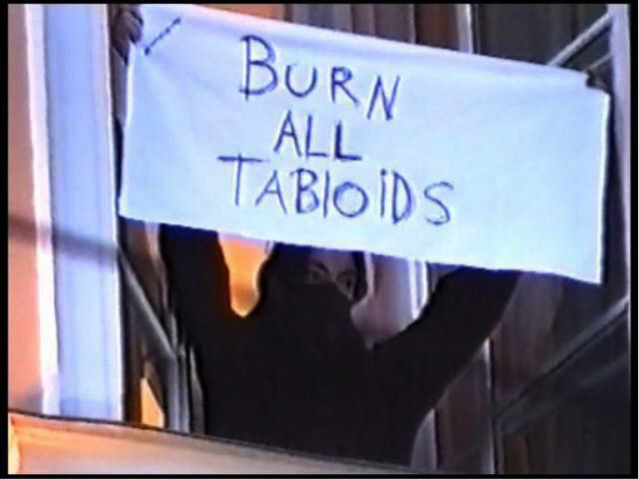 In an interview given to Adrian Grant in February 1998, Michael Jackson made the following suggestion for tabloid magazines: ‘We should create a big burning, like in stadiums around the world – pile them all together! You remember how they used to do disco records, and just create a burning, to make people aware.’ (2)

It wasn’t the only time he expressed such sentiments about the publications that tormented him.

Students of history will know about the burning of so-called heretical books and pamphlets in the medieval period, about Nazi book burnings in the 20th century, and even more recently how materials deemed objectionable by some elements of society have been subject to public burnings.

Given that he was an avid reader himself, with an interest in history, why would Michael advocate such a thing as a public burning, I’ve often wondered?

This was undoubtedly a reflection of Michael’s on-going frustration with the kind of exploitative ‘journalism’ (now often referred to as ‘yellow journalism’) that cares more about attracting readership than disseminating truth. With the growth of news media of all sorts, in particular since the introduction of the internet, the shameless exploitation of Michael Jackson by the media has exploded with all the ‘subtlety’ of an atomic bomb.

Distortion/exaggeration of facts, photoshopping of images and insinuation of scenarios that never happened have all been carried out by on-line tabloids in blatant attempts to get readers to click on links to their websites. These sites depend on paid advertising for their continued existence; they need to attract readers the same as print media needs to attract buyers. And there appear to be no depths to which they will not stoop to get them.

What may have further fuelled Michael’s frustrations with the tabloids is an inability to see himself through the eyes of the general (i.e. non-fan) public. For example, guitarist Jennifer Batten has admitted wondering why Michael would have children on stage with him during his HIStory tour, given the accusations that had been made against him.

‘At the end of the show he would disappear down an elevator in the stage with a little boy and a little girl,’ she said in an interview with Charles Thomson in March 2010. ‘At first I thought, “God, because of the allegations you’d think he wouldn’t do that”. But then I thought, “You know what, he hasn’t done anything wrong so why the hell should he change his life?” I think that was a little bit of giving a finger to his critics.’ (3)

Having used what he publically acknowledged as his ‘God-given’ talent and attained global success on an unprecedented scale, Michael Jackson believed it would be unconscionable if he didn’t use his success to work for positive change in the world. He said as much in his speech at the Bollywood Awards presentation in New York City in 1999. (4)

It was this belief that drove him to create, perfect and achieve success throughout his adult life. In being true to his art Michael obviously would not/could not play it ‘safe’ – certainly not to please a part of society that likely wasn’t interested in the truth anyway.

In 2001 Michael became friends with Dr. William B. Van Valin II whose practice was in Solvang, California, where Michael paid him a visit. ‘As Michael got up to leave the room,’ the MD wrote in 2014, ‘he leaned over and pointed at a “People” magazine that was on the coffee table and said, “You shouldn’t buy that. It’s a terrible magazine.”’ (5)

And that, I believe, is the best advice that those of us who love Michael Jackson can give on the tabloids; whereas burning them would credit them with the significance they don’t deserve. 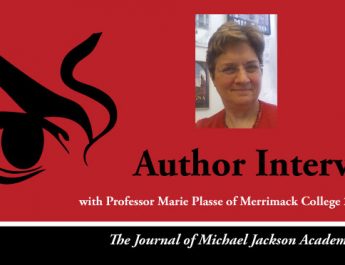 An Interview with Professor Marie Plasse