Abstract: Michael Jackson loved storytelling in his songs and short films. In this month’s MJ Studies Today column, Kerry Hennigan looks at Jackson’s ideology of oneness with all life forms and ponders what his storytelling abilities might have produced today to freshly inspire affirmative action for our beleaguered planet.

At a recent live event called “Climate Crisis and the Arts” in Adelaide, Australia, a panel of activists discussed “The Power of Storytelling” in raising awareness about the impact on the planet of our largely fossil-fuelled way of life. They, and the audience, were all left pondering the question: what can storytellers do to cause people everywhere, but especially those in power, to sit up, take notice, and take action? A Michael Jackson fan hearing this could be forgiven for silently wondering “what would Michael do” were he alive today?

With his global following across all races, genders and ages, the pop icon might have, indeed, used his abilities to tell a story through song, film and performance, to further highlight the issues. “I’ve always wanted to be able to tell stories that came from my soul,” he said in his 1988 autobiography Moonwalk. [1] Throughout his adult career, Jackson did use the tools available to him as an entertainer to tell stories that moved audiences in all the ways he wanted. His songs of protest, and pleas for peace and harmony have never gone out of fashion. It is a sad reflection on humanity that they continue to have relevance in our current troubled times.

Jackson was not shy in expressing how he felt about our planetary home. Following his death in 2009, the spoken word song “Planet Earth” was released as a bonus track on the This Is It album. The poem had first appeared in Dancing the Dream, Jackson’s 1992 book of stories, poems and song lyrics, and is nothing less than a love poem to the planet. [2] Dancing the Dream contains other examples of Jackson’s passion for life forms large and small. Author Elizabeth Amisu sees the book as signifying his artistic self-presentation as an activist. “No longer does Jackson encourage his listeners to ‘make a change;’” she writes, “he becomes the change, maturing into a voice crying out in a literal wilderness in the short film for “Earth Song” [three] years later.” [3]

Released in 1995, “Earth Song” displays what had become for Jackson a holistic view of the world – it was not just about the natural environment. It was about mankind’s inhumanity to its own kind. It was about children dying in the rubble of bombed schools and villages. It was about hunger and disease suffered by those who had no means of helping themselves. It was about everything that impacts us and life on Earth generally. Writer Joseph Vogel described “Earth Song” as probably “the most epic protest song in popular music history.”[4]

Nick Brandt, who directed the short film for “Earth Song” (as well as “Stranger In Moscow” and “Childhood”), appreciated Jackson’s passion for storytelling in his music videos. Brandt himself is a committed storyteller; these days he tours exhibitions of his photographic images depicting people and animals impacted by environmental degradation. “I feel that we are all creatures on the same planet, both animal and human,” he said in a 2021 interview. [5]

Brandt’s words are not dissimilar to what we’ve heard Jackson express. Author Veronica Bassil explains that such a view echoes early Greek and Roman ideas of a World Soul or Anima Mundi. This ideology resurfaced in the 20th century with the concept of Gaia and viewing the planet as a single ecosystem. [6] Vogel explains it thus: “He [Jackson] believed completely in John Donne’s philosophy that ‘no man is an island.’ For Jackson, the idea extended to all life. The whole planet was connected and intrinsically valuable.”[7]

When he took on the job of directing the short film for “Earth Song,” Brandt presented Jackson with a concept in three acts. “You see the devastation, Act 1. Act 2, the people try to do something about it, and Act 3 is the earth healing itself.” In the film and on stage, in 1995 through to the night before his death in 2009, Jackson the artist continued to use his powers as a storyteller to facilitate affirmative action. He represented the ordinary person who cares enough to put their body on the line for what they believe is right.

Live concert performances of “Earth Song” in the 90s saw Jackson stand in front of a menacing tank at the song’s climax, a reference to the genocidal war in Bosnia. For This Is It in 2009, the tank had become a machine gouging out the rainforest, taking the live performance back to elements prominent in the opening scenes of the original short film. This was a reminder of Jackson’s appreciation of trees and the importance of forests on the health of the planet and its inhabitants.

Today, the problem of rainforest destruction is more urgent than ever, and Jackson’s on-stage recreation of the “tank man” of Tiananmen Square has never lost its relevance. Back in 1996-1997 when on his HIStory world tour, it was a scene that brought to mind the conflict in Bosnia. Today it could be Ukraine, or several other regions where battles over power, resources and different ideologies have ravaged the landscape and decimated populations.

Michael Jackson fans miss their idol every day, but it is at times like these in the world when his compassion and reverence for all life, and his abilities as a storyteller to freshly inspire others to action, are most sorely missed.

“One thing I know: I never feel alone when I am earth’s child. I do not have to cling to my personal
survival as long as I realise, day by day, that all of life is in me.”

8.  Jackson, Michael. “That ONE in the Mirror.” Dancing the Dream.

Illustration: “it’s up to us” photo montage compiled and edited by Kerry Hennigan. No infringement of photographic copyright is intended in this not-for-profit educational exercise. 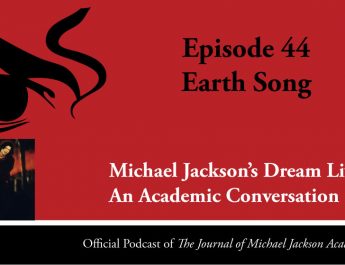