Abstract: This month MJ Studies Today continues the discussion of Michael Jackson’s Captain Eo film commenced by Kerry Hennigan in her column for July 2021. This time she looks at the re-opening of Captain Eo in 2010 in response to demand from a public hungry for more of the pop icon following his death in June 2009.

“Just another part of me” is a line from one of Michael Jackson’s songs performed in the 1986 Disney Parks attraction Captain Eo.  It was a ground-breaking 3D film for its time, boasting an astronomical budget bested only by the singular and collective achievements of the personnel involved in realising it – George Lucas, Francis Ford Coppola, Michael Jackson, and the Walt Disney Company.  When, following Jackson’s death in 2009, fans began urging for Captain Eo to be made accessible again, it was their advocacy that made it happen.  Jackson’s fans really were, and are, as the song suggests, “just another part of me.” [1]

At the re-opening in Disneyland California’s Tomorrowland in February 2010, in the same “Magic Eye” theatre in which the film had screened from 1986 – 1997, crowds of Jackson fans and Disney aficionados turned out in Captain Eo merchandise, apparel they had owned since the film’s original run. [2]  Additionally, there were fans, many of them children, dressed as Michael Jackson, not as his Captain Eo persona, but in one of his familiar performance or personal appearance outfits i.e. Billie Jean, Smooth Criminal or Dangerous.  One observer noted that “Michael Jackson is bigger than Elvis”, an observation that may have seemed an exaggeration at the time.  Continued fascination with and affection for Jackson by successive generations of fans is proving otherwise.

However, Disney’s resurrection of Captain Eo, given the age of the piece and the progress made in special effects and digitalisation since its creation, was not a given, despite the clamour from Jackson’s fans.  At the time, the company’s Chairman and CEO Bob Iger was quoted as saying that Disney was considering the possibility but that “It’s the kind of thing that, if we did it, would get a fair amount of attention and we’d want to make sure we do it right.” [3]  It was suggested that legal and public relations folk were warning Iger of the possible backlash to the attraction.  The reason for this hardly needs to be explained to fans and a public that had been bombarded by negative press about Jackson for the last decades of his life, and the controversy over his premature demise at age 50 due to the criminal negligence of his personal physician.

Nevertheless, by the summer of 2010, Captain Eo had re-opened in all the Disney parks in which it had previously screened, only this time it was dubbed “Captain Eo Tribute”.  It lacked some of the in-theatre effects that dazzled audiences in its original incarnation, and the special effects of the mid 80s were definitely “quaint” by twenty-first century standards.  However, part of its appeal was its nostalgia – a reminder for many mature (and older) fans of those heady days of the mid-to-late 80s when Jackson had earned for himself the status of a household name right around the globe.  As blogger and Disney/Jackson fan Cole Geryak wrote in 2016, “Captain EO‘s return run marked a historic moment in Disney history because almost no attractions get a second chance at the Disney Parks, especially not in four different parks.” [4]

The Captain Eo Tribute continued to screen in Disneyland California, Disneyland Paris, Tokyo Disneyland, and Epcot in Disney World, Florida for a few years, until the last screening took place at Epcot on December 6, 2015, the same park where it first premiered back in 1986.  However, demand for Captain Eo has remained strong amongst the fan community with requests for it to be made available in a high-quality playable form. Unofficial 2D versions exist on YouTube and DVD, but these are less than satisfactory in quality, taken from a one-off TV screening of the film on MTV.  An official release, in whatever format it might appear, would be up to Disney, who retain ownership of the project.  This was explained by Jackson Estate co-executor John Branca at a Q&A session with the singer’s fans in Las Vegas in August 2018 at Jackson’s Diamond Birthday Celebration.[5]

At the time the Estate and Disney were involved in a court battle on a copyright matter over the Disney-owned ABC Network’s use of Michael Jackson songs and videos in a TV documentary called “The Last Days of Michael Jackson”.  The Estate’s lawsuit alleges “at least 30 violations and seeks unspecified damages and an injunction against further use of the estate’s intellectual property” in the documentary. [6]

As the Estate’s lawyers pointed out, the Walt Disney Company zealously guards the integrity of its own copyrighted material, and when the integrity of Jackson is at stake, his Estate can be expected to react in a corresponding manner.  The dispute between the Jackson Estate and Disney was eventually amicably resolved in 2019, according to a report in Rolling Stone magazine. [7]  Details of the settlement were not revealed, and the current state of any relationship between the entities – if one exists – is unknown.

Disney does indeed guard its intellectual property closely, and Captain Eo is part and parcel of its treasure trove of past and present projects.  What hope is there then for Jackson’s fans to experience Captain Eo again, whether in Disney parks (unlikely, given the age of the project) or in some form of home entertainment?  Disney has its own streaming service, so this would appear to be the most likely option, or perhaps this writer is being overly optimistic.  However, it is worth considering what Rusty Lemorande, who wrote and produced Captain Eo, told journalist/author Zack O’Malley Greenburg. “The Wizard of Oz still endures even though it’s incredibly period.  So, I’m hoping that, you know, fifty years from now, people will still be watching Captain Eo.” [8]

One thing is for sure, given the determination of Michael Jackson fans the world over, sooner or later, it will probably happen.  After two years of a pandemic that has killed thousands, hospitalised many more, and closed schools, businesses and countries, the world could surely do with a little unabashed optimism as represented in the youthful Eo and his madcap alien crew as they dispel darkness with music, humour and light.

We’re sendin’ out a major love
And this is our message to you
The planets are linin’ up
We’re bringin’ brighter days
They’re all in line waitin’ for you
Can’t you see?
You’re just another part of me. [9]

[9]  MJ Tunes entry on “Another Part of Me” words and music by Michael Jackson http://www.mjtunes.com/modules/mydownloads/singlefile.php?lid=27 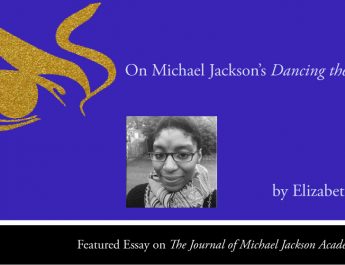