In this month’s MJ Studies Today column, Kerry Hennigan looks at the way Michael Jackson’s musical legacy continues to be adopted by various social causes.  She focuses in this instance on the popularity of his song “Heal the World” during the COVID-19 pandemic of 2020 and explores the social history of the song since its release in 1991.

“Make it a better place…” Theme for a global crisis – the relevance of Michael Jackson’s Heal the World in 2020.
By Kerry Hennigan

To have longevity, the legacy of an artist must be a living, organic thing; it should repeatedly demonstrate its adaptability to the needs of its audience.  Michael Jackson’s audience was, and remains, international in scope.  During perilous times such as we have experienced in the first half of 2020, Jackson’s art has proven worthy of the many awards bestowed on its creator during his lifetime – a life that came to a sudden and premature conclusion eleven years ago this month.

No sooner had I considered the draft of this article completed, when the death of an unarmed African American man named George Floyd sparked protests and riots in many cities of the United States.  World-wide condemnation of America’s continued failure to treat all its citizens equitably followed in the wake of the headlines.  In 1995 Jackson posed the tough, no-nonsense questions that we continue to find relevant and which have been quoted by his Estate on social media in support of the peaceful protests: “Tell me what has become of my rights / Am I invisible because you ignore me…” [1]

However, it was not my intention to write about “They Don’t Care About Us” this month.  Instead, I wanted to focus on the song that, prior to the death of George Floyd, was being used by many to bring comfort and hope in the time of the coronavirus, COVID-19.  It is to this song that my article is dedicated as, even with the social unrest in the United States and supporting protests elsewhere, its plea remains relevant.

When released on the album “Dangerous” in 1991, Michael Jackson’s musical appeal to “Heal the World” was panned by some critics as “mawkish” and “banal”, and was described by one as a Hallmark card knock-off of “We Are The World”. [2][3]  Granted “Heal the World” is not gritty, sexy, or angry.  It is a secular hymn for all occasions from a singer/songwriter who knew from the outset what he wanted his song to be and do.  With recent cover versions surfacing on YouTube and other social networking platforms – many of them organised by fans of the pop icon – “Heal the World” continues to prove its longevity as a theme song for times of crisis.  In March, Jackson’s estate put out an official 2020 video version of the song honouring front-line health workers.  UNRocks – the first ever music group composed of past and present ambassadors to the United Nations – followed with its own long-distance collaboration for UN Web TV. [4]

Back in 2016 I wrote an article in which I listed some then-recent occasions when “Heal the World” had been played to promote peace in the wake of violence.  These took place outside a Sydney store which had been the location of a deadly siege; at a candlelight gathering of tourists and locals following the beach massacre in Sousse, Tunisia; and in Singapore where a vigil was held for victims of a gay nightclub shooting in Orlando, Florida.  I suggested these incidents were “powerful reminders not just of Michael’s international appeal, but the depths to which his legacy is infused with his humanitarian ideology.” [5]

But “Heal the World” has been the anthem of choice in response to similar circumstances ever since its release.  A well-publicised example of this occurred in 1993, when the song was played at the funeral service of British toddler James Bolger who had been murdered by two ten-year old boys.  According to James’ mother, Denise, Jackson was aware of James and sent his mother a personal message with a large basket of flowers.  “He wrote a couple of lines for James and he named it Child of Innocence,” Denise said.  “It touched my heart.  We played Michael’s song at James’s funeral.”  Denise found the words in the song very touching.  “I feel the world does need healing with children committing crimes. It is very upsetting the way the world is at the moment, bullying is going on everywhere.” [6][7]

The Liverpool press subsequently noted that the pop icon had given “Heal the World” to a group of young entertainers from Merseyside to help raise money for the James Bulger Red Balloon Centres Appeal.  “With all proceeds going towards James Bulger House, a school for bullied children, hundreds packed into the Kirkby Civic Suite, in Liverpool,” The Liverpool Daily Post reported.  “Numerous acts took to the stage for a four-hour concert, which finished with a tear-jerking finale of a live performance of Heal The World.” [8]

That same year, when given the opportunity to reach the broadest audience then possible, Jackson chose to showcase the song as the climax of his half time Super Bowl performance.  “Billie Jean’s just a tune, it doesn’t mean anything,” Michael reportedly said.  “It’s a new world; this has to be about ‘Heal the World.’”[9]

Now, in 2020, many have once again turned to Jackson’s message of healing to convey solidarity across the global community.  It has provided a voice to many otherwise “voiceless” individuals of all ages and from all walks of life during a time of social isolation.  “Heal the World” has been broadcast from basements, balconies, and open windows, and it has been sung by many different cultural and ethnic groups and individuals, all of whom recognise the song’s inclusivity and relevance during humanity’s current time of trial.

Michael Jackson’s wish for his song to have a simple message and melody that “will live in the hearts of people for a long time,” has certainly been fulfilled. [10]

[5]  Hennigan, Kerry. “‘Heal the World’/ ‘We Are The World’ – Michael Jackson’s legacy of inclusion”.  https://kerryhennigan.wordpress.com/2016/07/10/heal-the-world-we-are-the-world-michael-jacksons-legacy-of-inclusion/

[9]  Hennigan, Kerry.  The Songs that Made the Show that Made History – revisiting Michael Jackson’s performance at Super Bowl XXVII on its 25th Anniversary.  Published electronically Feb 2018.  https://kerryhennigan.wordpress.com/2018/02/09/the-songs-that-made-the-show-that-made-history-revisiting-michael-jacksons-performance-at-super-bowl-xxvii-on-its-25th-anniversary/

“turn swords into plowshares…” compiled by Kerry Hennigan.  No photographic copyright infringement is intended in this not for profit educational exercise.  NB: “plowshares” spelling is used as it appears in the published “Heal the World” sheet music © Mijac Music USA 1991 and 1997. 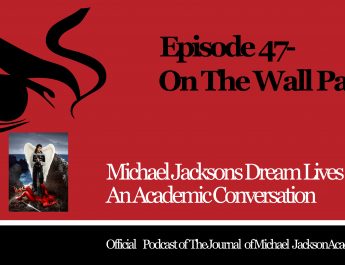