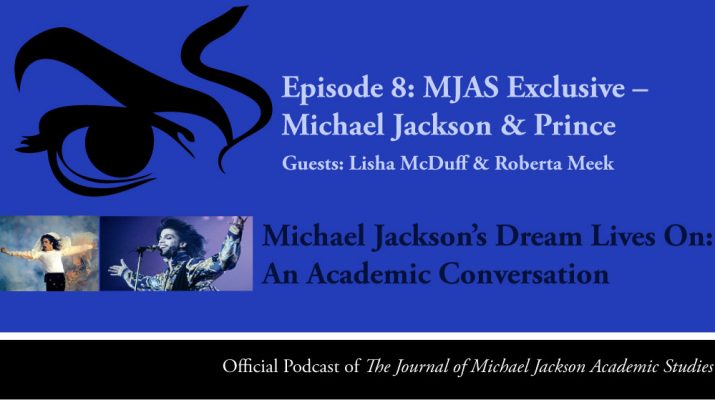 Abstract: In this eighth episode, an MJAS Exclusive, Elizabeth and Karin are joined by guests, fellow academics, Lisha McDuff and Roberta Meek, to discuss Michael Jackson’s art, resonance and cultural impact alongside the late musician, Prince. In the first of two podcast episodes, we delve into facets of Jackson and Prince that you may never have thought of before, offering new perspectives on their careers and their posthumous reception.

1. Do you find significance in the fact that Michael Jackson died at 50 and Prince died at 57?
2. We have a lot of comparative discussions about MJ. How helpful or unhelpful do you think these comparisons are
3. Does the tendency to compare African-American artists tell us about how they are perceived by the establishment.
4. 1987’s Bad was intended as a duet between MJ & Prince. What are your thoughts on that?
5. Let’s discuss MJ & Prince difficulties with their record labels. How do you think this affected artistic output of their careers?

Lisha McDuff is a classically trained professional musician with an MA in Popular Music Studies from the University of Liverpool. She is currently continuing her research at McMaster University, focusing on the art of Michael Jackson. She is the co-presenter of the acclaimed academic blog, Dancing with the Elephant: Conversations about Michael Jackson, His Art and Social Change. Find out more about Lisha here.

Roberta Meek is a full-time lecturer at Muhlenberg College. A historian trained at Temple University, she specializes in African American history and the history of race and social movements in the US context. In Fall 2015, she was able to put both her scholarly expertise and knowledge to work in teaching a First Year Seminar on Michael Jackson. Find out more about Roberta here. 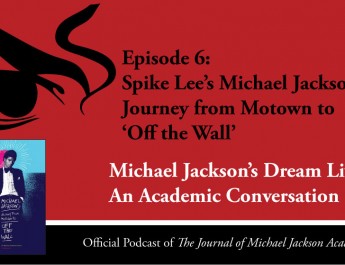 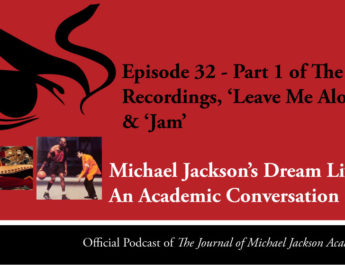