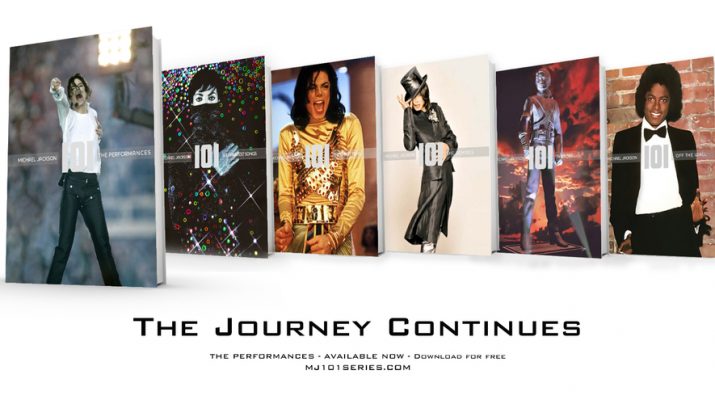 Michael Jackson’s canon is undeniably one of the most exhaustive in the history of popular music. Since his passing in 2009, many collections of albums have appeared – countless ‘best-ofs’, ‘ultimates’ or ‘greatest-hits’, but none of them was intended for study purposes. Usually, the aim is to give its listeners an overview of songs that were topping charts back in the day.

However, even those songs that do not become singles can be important to analyse. The same applies to half-forgotten videos or concerts with small audience. These songs, videos or concerts make a corpus of an artist’s work, altogether with their well-known hits.

Andy Healy’s MJ101is a unique project that connects together Michael Jackson’s “best” performances, songs, HIStoryreview, videos (short films), Off the Wall review as well as remixes. I chose to utilise the word, “best” in quotation marks, because what is the “best” is indeed very subjective. However, the author has chosen to include even the material that is probably less known outside of the Jackson’s fandom and therefore is a perfect start for people who want to learn about Michael Jackson from scratch.

At the moment, the large and overarching project is available online for free, giving its readers a chance to learn the basics of Michael Jackson’s life and artistry. By all means, the project is not a textbook, but rather an encyclopedia that you can read in whichever direction you wish. This freedom was definitely part of the author, Andy Healy’s intention. As the author declares, this is a project made for fans by a fan, although I believe that general audience can find it equally entertaining.

Starting with The Performances, the author aimed to create list of concerts that had an impact on Jackson’s career. In the publication, we learn about televised performances, such as Billie Jeanduring Motown 25, where he performed moonwalk for the first time, and also about some concerts. It is worth mentioning that the publication deals with his career from back in the day prior to his solo career when he was a member of Jackson 5 and/or The Jacksons. It is also accompanied with a plethora of high-quality photos from the performances.

The Greatest Songsis a collection of Jackson’s 101 best songs. As I have explained earlier, the author consciously ignored charts and, according to his own words, focused on the recordings themselves. Healy comments on the compositions, lyrics and the final product. Again, the list takes into account both the songs recorded during his Jackson 5 days as well as during his solo years. We can find there tracks that were authored or coauthored by Jackson and also those that were written by someone else. Most of the songs are included on studio or posthumous albums although there is a couple of them released onThe Ultimate Collectionfrom 2004 that contains material previously unreleased. Sadly, Healy only lists songs where Michael Jackson was a lead singer and thus leaves out those where Jackson provided background vocals only (Ride with Me, Centipede– which was completely authored by him and sung by his sister Rebbie).

HIS20ryis a macro-review of the 1995 HIStoryalbum, where every song is given approximately a page or two for an overview. As in The Greatest Songs, Healy discusses music and lyrics, leaving aside short films of the songs where they exist. The same path is followed by the macro-review of Off the Wall.

When it comes to The Short Films, we learn about all the plots, choreography, screenplays and any other background information for each extended video. The author goes further and comments on the impact the short films have left individually. How many people know that TLC’s No Scrubsvideo re-appropriated Michael and Janet Jackson’s video for Scream? It, however, leaves several stories surrounding the videos, so, for example, we do not learn anything about the Who Is Itcontroversy. It was assumed that the short film was centered on the story of a prostitute and therefore not suitable for minors. Regardless, the famous, censored, panther scene from Black or Whiteis discussed there. Unfortunately, a couple of important videos (from my point of view) were omitted: the Brazilian version of They Don’t Care About Us, You Rock My World, one of the Jackson’s last short films. Are Heal the Worldor Cryrelevant even though we cannot see Jackson in them? What about One More Chancethat was released posthumously although it was shot almost ten years beforehand?

The Remixesinclude not only Jackson’s remixes, but also a capella versions, edits and extended mixes. Although I can attest from my fan perspective that remixes are massively looked down at within the fan community, the majority of the remixes that are mentioned in the project are those that were not included on Blood on the Dance Floor. I was particularly pleased that Healy included there the Butterflies Master Mixfeaturing Eve who recently made a comeback after almost a decade-long hiatus. On top of this, the author inserted his recommendations for additional remixes and mash-ups that did not make it to the final top 20. Among these, we can find one posthumously released song, Hollywood Tonight.

Even though this series of books is by no means definitive, it is wonderful that the author is willing to accept suggestions for continuing improvement. This is a great call for collaborative approach and I hope it will attract enough people to expand, both in size and popularity. To conclude this review, I believe that the MJ101 Series is an incredibly original project. One which many members of the fan community have been awaiting, and one which inspires great debate and discussion.

Andy Healyis the author of the MJ101 Series, in which Healy delivers a comprehensive curated list of Michael Jackson’s work. His titles include Greatest Songs, The Short Films, The Remixes, Off The Wall, HIS2ORY, and The Performances. His dynamic and innovative books are delivered completely free, and are filled with fascinating insights on many aspects of Michael Jackson art, life, short films and performance. Find out more about Andy here.

Ivana Recmanová is a graduate student of linguistics and communication theory at Palacký University in Olomouc, Czech Republic. She is an official contributor to The Journal of Michael Jackson Academic Studies and her articles include, ‘Thoughts on Michael Jackson’s Lyrics and Gender‘. Ivana is also a columnist at Czech daily, Deník Referendum and an amateur rapper. Her research interests include the use of mathematics, physics, biology, and computer science in linguistics, identity studies, and textual analysis.Find out more about Ivana here. 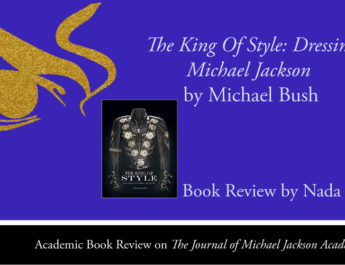