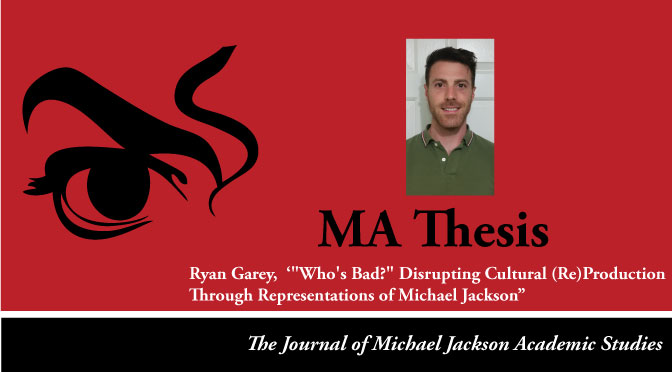 Abstract:
The dynamic process of producing and consuming commodities shapes not only individuals but also their relations with each other and their societies. Although popular culture theorists have often attributed to popular music the effect of securing the consent of subordinated people for their own domination, Michael Jackson’s pop music has the opposite effect: it opens up dominant norms to critique and allows consumers to see the ideological relations portrayed in music as constructs rather than as normal or natural. While several of the songs on Jackson’s Bad subvert dominant norms, some of the songs try to sustain the fixity of the relationships they portray, and thus work to appropriate Jackson’s suvbersions into the service of dominant ideologies. Yet Jackson’s embodied responses to such appropriations make clear the subversive and political power of the body to disrupt the unquestioned (re)production of dominant culture.

A thesis submitted in partial fulfillment of the requirements for the degree
of Master of Arts in English
MONTANA STATE UNIVERSITY Bozeman, Montana
April 2016

I would like to thank Dr. Robert Bennett for the invaluable insights and suggestions he offered me throughout this project. His input shaped my research and writing plans, and he gave me the confidence to discard old ideas and nurture the new ones I found along the way. This project would not have been possible without him. I am also deeply grateful to Jacqueline Hodge, who freely indulged in endless conversation with me and shared her unique perspective regarding all the songs and videos analyzed herein. She remained patient and cooperative with me during my most analytical, critical moments. My mother deserves deep thanks for her part in inspiring this project as well. Growing up, we had a five-disc CD player, and she always kept Michael Jackson’s Bad in the first slot. If we really are shaped by the media we are exposed to, then I want to thank her for exposing me to this. Lastly, I thank Michael Jackson for his creative brilliance that constitutes the soundtrack of my life, and for his devotion to social change. He gives me hope for pop music. I honor him not only by calling attention to him as a uniquely wonderful artist, but by showing how he was, and by calling for more artists to emulate that.

2. THE COUNTER-HEGEMONIC COMMODITY: A “BAD” SOLUTION TO THE HEGEMONY PROBLEM
Language, Structure, and Sound
Clothing and Aesthetics
Body and Gender Practice
Dance and Movement

3. “EXACTLY WHICH MICHAEL JACKSON ARE WE TALKING ABOUT ANYWAY?” AGENCY AND IDENTITY IN BAD

5. DOUBLE ENTENDRE: THE MAN AND THE MEDIA
Hegemonic vs. Counter-Hegemonic Simulacra
Representing the Body as a Simulacrum

APPENDIX A: List of Sources for Songs and Videos 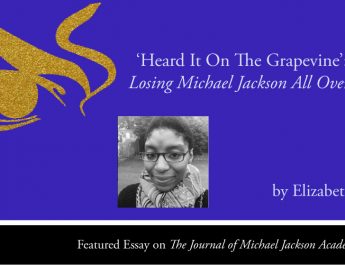 “Heard It On The Grapevine”: Are We Losing Michael Jackson All Over Again?

29th August 2014 Karin Merx Comments Off on “Heard It On The Grapevine”: Are We Losing Michael Jackson All Over Again? 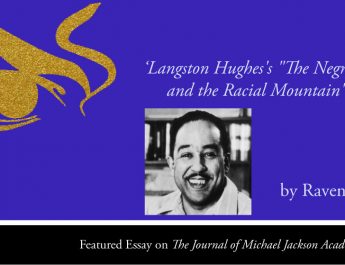