“Annie, are you OK?” Michael Jackson and Film Noir – Part 1.  By Kerry Hennigan

‘What if all the bad-ass gangsters from all the old Hollywood movies were chasing you?’ Kenny Ortega asked Michael Jackson in 2009. Michael was preparing for his This Is It shows in London at the O2 arena and wanted to put on the greatest show on earth for his fans.

He loved Kenny’s idea – it was totally in keeping with his vision for Smooth Criminal. Thus, was the final incarnation of Michael Jackson’s perennially-popular performance piece to be staged – first on giant screens in black and white 3D footage, at the end of which Michael would appear to leap through a window and land on the stage, then shoot out the lights on the marquee with a machine gun. [1]

Then the song would begin, and once again audiences would be reminded of Michael Jackson’s interpretation of the film noir genre, which he had fallen in love with when shown the classic movie The Third Man by the song’s original short film director, Colin Chilvers. “He loved the look of it, that sort of film-noir look,” Chilvers later said, “so we used that to get the camera man to light it in a similar way.” [2]

The result was, of course, one of the most iconic of Michael Jackson’s on-screen performances and dance routines, incorporating as it did, the famous Smooth Criminal ‘lean’ – a move executed with the aid of cables in the movie Moonwalker, but requiring specially designed shoes for live performances. [3]

Before Smooth Criminal there was Heartbreak Hotel, which was renamed This Place Hotel on the album cover to differentiate the track from the old Elvis Presley hit. In his autobiography, Moonwalk, Michael explained that he hadn’t even thought about the Presley track when he wrote the song. Elvis was not that big an influence on him. ‘I guess he was too early for me,’ he wrote. [4]

Michael Jackson’s Heartbreak Hotel/This Place Hotel in content and genre definitely comes across as a precursor to Smooth Criminal; and the flashing ‘Hotel’ sign and Michael’s silhouette used for that song (on the first leg of the Bad tour) carried on the relationship between the songs long after Michael had stopped performing Heartbreak Hotel live. [5]

In Moonwalk Michael explained that: ‘Heartbreak Hotel had revenge in it and I am fascinated by the concept of revenge. It’s something I can’t understand. The idea of making someone ‘pay’ for something they’ve done to you or that you imagine they’ve done to you is totally alien to me. The setup showed my own fears and for the time being helped quell them. There were so many sharks in this business looking for blood in the water.’ [6]

With the release of Bad25 we got a chance to hear Al Capone for the first time (officially, anyway). The genesis of Smooth Criminal can be heard in this song with its staccato delivery – a rapid fire growl.

Between Heartbreak Hotel and Smooth Criminal there was Billie Jean; let’s pause to look at the short film for that song. A furtive character in a white jacket and fedora is flitting about the streets and peeking in the windows. This, according to director Steve Barron, is a private eye character. In an interview published in 2014, Barron revealed: ‘I talked Michael through the idea of this private eye following him, which was loosely based on what he had told me was the basic concept for the song – something he’d read in a newspaper about a private detective.’ [7]

It’s interesting I think that when it came time to work on his live performance of Billie Jean for Motown 25, Michael’s character had become the one wearing a fedora. His request was for a real spy-style hat – so he knew exactly what he was after. That fedora, whether black or white, has become a Michael Jackson performance hallmark ever since.

The femme fatale theme is present in ‘Billie Jean’ too. ‘If this song [Heartbreak Hotel] and Billie Jean seemed to cast women in an unfavourable light, it was not meant to be taken as a personal statement,’ Michael said. ‘Needless to say, I love the interaction between the sexes, it is a natural part of life and I love women. I just think that when sex is used as a form of blackmail or power, it’s a repugnant use of one of God’s gifts.’ [8]

[Part 2 will continue to examine Michael Jackson’s fascination with the film noir genre.]

[1] “This Is It” movie and extras. Sony Pictures Home Entertainment DVD release 2010

Photo montage created for this article by Kerry Hennigan 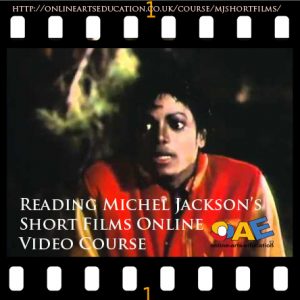 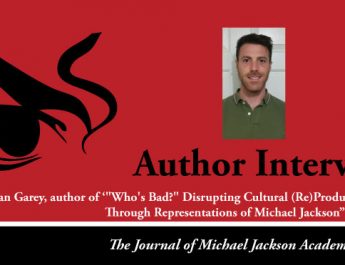