Abstract: In the November column, Kerry Hennigan examines the ‘why’ of the life and work of Michael Jackson.

‘Tell ‘em that it’s Human Nature’ –
studying the ‘why?’ of Michael Jackson.
By Kerry Hennigan

Recently, as I was watching the wonderful footage of Michael Jackson rehearsing ‘Human Nature’ on screen in ‘This Is It’ with his emphasis on the question ‘why?’ it occurred to me that, isolated from its context within a love song, this musical extract could be a metaphor for our investigations into the life and work of the King of Pop himself. [1]

Why did Michael Jackson do what he did? And, looking at the broader picture, why did he – just one member of a large, ambitious, musically-oriented family – emerge as the lone, complex genius that he was?

He was naturally gifted, driven, disciplined (thanks to a strict religious up-bringing that also involved corporal punishment) and a perfectionist. He was also shy and sensitive, yet his friends and collaborators have attested to his emotional strength in times of duress and his ability to focus on his music despite everything that was going on in his life. [3]

And what music it is – ranging from beautiful ballads, thumping dance tracks and humanitarian anthems. Add the performance of those songs in short films and on stage and we have an exceptional body of creative work to examine.

In attempting to analyse the ‘why’ of the life and work of Michael Jackson (or any other subject, for that matter) we need to be aware of our expectations from the outset. The closer we look, the more likely we are to see the proof of our respective theories staring us in the face! We think we’ve cracked it!

We think we know what Michael was getting at with this song or short film or dance performance. Some of them are unambiguous after all. Others are not. Some involved numerous collaborators who contributed ideas that Michael took on board and incorporated into his vision for the work.

As with any field of study, I believe that we can make the facts fit a theory simply by the way we perceive the work in question. How do we avoid this, you might ask? Well, I don’t believe we can. No matter how hard we try to distance ourselves emotionally from the topic, complete elimination of personal bias is impossible. We cannot remove ourselves from the equation. After all, ‘it’s human nature.’

With respect to the work of an artist whose output has such a variety of depth and meaning, we can never know the full story behind a piece without having walked around in the shoes of the artist himself.

We can never know definitively what was inside Michael’s head – and heart – beyond what he might have shared publicly. For every individual who studies and expresses an original opinion on the life and work of Michael Jackson, there are as many different theories and ideas of what it (and he) was all about.

This is the mark of great art and a great artist. As Brad Buxer once said of his dearest friend Michael: ‘He loved to make people wonder.’ [4]

Seven years after his passing, he’s still doing that.

[1] https://youtu.be/8eJPEwI-jXY Clip extracted from Michael Jackson’s ‘This Is It’

[4] The author’s unpublished notes from ‘In the Studio with Michael Jackson’ at Thriller Villa, Las Vegas, October 2015.

CHAPTER 4 – “THERE IS NO DANGER” SANITIZING BAD AUTHORSHIP 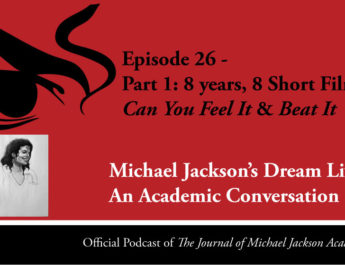