Abstract:  Since Michael Jackson’s passing ten years ago this month, various stories have circulated via social media and the internet claiming that Jackson is still alive and even planning a “comeback”.  In this month’s column Kerry Hennigan looks at these death hoax conspiracy theories in the context of death denial phenomena and discusses why these sometimes arise following the loss of a well-known and much admired public figure like Jackson.

American author Mark Twain announced in 1897 that “the report of my death was an exaggeration.”  This statement came in response to rumors of his death that evolved following an illness suffered by his cousin in London, which resulted in a report that Twain himself (real name Samuel Clemens) had been ill and had subsequently died. [1]

These days we have social media to blame for the rapid spread of claims of celebrity deaths that haven’t happened.  As was the case with Mark Twain, sometimes these reports are simple misunderstandings. Others are deliberate death hoaxes either perpetrated by the supposedly deceased or by someone else with or without the subject’s knowledge.

Which brings us to Michael Jackson, who died on 25 June 2009 in Los Angeles, but who some believe is still alive and living in disguise under an assumed name.  The theory goes that Jackson faked his death in order to avoid the 50-concert commitment at the O2 arena in London and to drive up his stock in terms of record sales and other memorabilia, thus dissolving (eventually) his staggering debts.

At various times since 2009 there have been stories suggesting Michael would emerge from hiding to make a surprise return to the spotlight. There’s even a spoof video of this scenario! [2]  However, such wishful thinking ignores the possible legal consequences (for committing various types of fraud) for any individual who fakes their own death. [3]

But rather than a death hoax, Michael Jackson’s case is an example of the death denial phenomenon.  This phenomenon can happen when a beloved individual, especially a well-known one like Michael, dies unexpectedly and prematurely.  We’ve seen it with other famous individuals, including Elvis Presley. For many years, stories of JFK’s survival of the Dallas shooting circulated, reflecting the hopes of a generation that some vestige of the Kennedy “court of Camelot” still survived.

Those who believe such theories may be subconsciously clinging to the notion that important or celebrated individuals are somehow less mortal than the rest of us, so nothing bad can happen to them.  In reality, bad things happen to everyone, and when death comes for an entertainment icon like Michael Jackson, there can be broad social consequences.

For some individuals, the inability to accept the death of their idol produces elaborate conspiracy theories, despite all available evidence to the contrary. [4]  Michael’s death was surrounded by sufficiently “out of the ordinary” circumstances to fuel plenty of conspiracies.  However, only by ignoring that evidence (as revealed in two high-profile trials) and believing that close family and associates would either be complicit in or kept ignorant of such a hoax, can a case be mounted, but hardly a convincing one. As one writer points out, there is a “tendency for folks to seek out and believe the data that supports their views while discounting the stuff that doesn’t.” [5]

Tabloid publications love promoting the conspiracy and death hoax stories.  It helps their on-going false narratives about Jackson whose fans they would like everyone to think are similarly as “wacko” as the false persona they created for Michael when he was alive.  It is beneficial for them to keep the conspiracy theories circulating, no matter how unlikely or how many years have passed.

Like their attacks on Jackson’s integrity or artistic ability, tabloid media’s thinly veiled attacks on the fringe elements in his fandom are attempts to maximize readership and increase web clicks, particularly around the anniversary of his death and his birthday.  The psychological welfare of fans who believe in death hoax conspiracies is of no interest to the tabloids beyond the headlines it provides them. In the words of Jackson himself, “they don’t care, they use me for the money.” [6]

We, the international fan community, constitute Michael Jackson’s audience.  With younger generations learning to love and appreciate Michael from their parents, his audience grows year by year.  The size and global scope of that audience gives it considerable power.  We have a major role to play in what happens from now on with Michael’s artistic legacy and how the world remembers him.  As we have seen in the wake of the “Leaving Neverland” controversy, Michael’s fans are in the vanguard when it comes to defending his reputation.  For that we need to accept the reality of his death, so we can better represent his truth.

It is nothing less than he deserves.

[1]  Notbohm, Ellen, “The Report of My Death Was an Exaggeration” originally published in Ancestry MagazineSept/Oct 2009https://blogs.ancestry.com/ancestry/2017/11/02/the-report-of-my-death-was-an-exaggeration/

[5]  Lorch, Mark “Why People Believe in Conspiracy Theories and How to Change Their Minds” in The Conversationhttps://theconversation.com/why-people-believe-in-conspiracy-theories-and-how-to-change-their-minds-82514

Photo montage “His legacy in our hands” by Kerry Hennigan. Photo of stained-glass windows in Forest Lawn Museum, Glendale, Ca. taken by the author, 2016.  Photo of Michael Jackson from “This Is It” Columbia Pictures 2009. 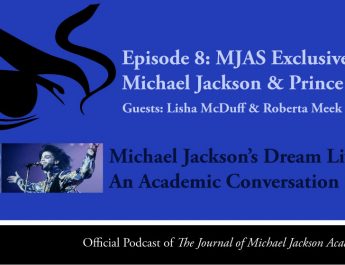