Abstract: In this month’s MJ Studies Today column, Kerry Hennigan looks at Michael Jackson’s shout out to his audiences in his performances, short films and songs.  She also considers his recording of the 1959 Isley Brothers’ song “Shout” which contains some powerful new lyrics.  She queries Jackson’s intentions with his celebrated roar and suggests the song provides a clue as to what these might have been.

“All this makes me wanna shout” – Michael Jackson and the power and intent of his roar in performance and song.  By Kerry Hennigan

I wanna shout, throw my hands up and shout
What’s this madness all about
All this makes me wanna shout [1]

British writer and classicist Robert Graves (1895-1985) author of the novel “I, Claudius” and one of the celebrated poets of the Great War, wrote a short story called “The Shout”, published in 1929.  It was made into a horror movie starring Alan Bates, John Hurt and Susannah York in 1978.  In the film Hurt’s character is a composer who experiments with sound effects and who claims to have discovered a lethal “terror shout” from an Aboriginal shaman. [2]

While there is no known connection between Robert Graves’ story and Michael Jackson’s use of the vocal roar in his performances and short films (most notably in “Michael Jackson’s Ghosts”) it nevertheless gave me cause to think about Michael’s intentions with his signature shout-out to his audiences.

What is he saying when he uses the mighty MJ roar?

Of course, this was part of his “call and response” routine, with the audience answering back in like fashion.  It was one of the many ways he connected with them.  But it also seems to me (and remembering this is my opinion only) that it signified so much more than waking up an audience.  (When would a Michael Jackson audience have needed waking up, anyway?)

This brings us to the song he recorded, “Shout” which missed being included on his “Invincible” album.  Some critics and even fans have suggested this track could have replaced any number of others that made the final track listing.  I’m not going to argue in favour of any changes to “Invincible” as released, but “Shout” deserves far more notice than it has been accorded due to its being a rarity.  [3]

An updated version of the 1959 Isley Brothers’ hit song, lyrically, Jackson’s “Shout” provides us with many reasons why Michael would want to roar out to his audience – and the world.  As described by Joseph Vogel “Jackson raps some intense lyrics over a jagged beat and screaming guitar.”  [4]

“Kids are murdering other kids for the fun of it,
Instead of using their mind or their fist, they put a gun in it”

The welfare of children was, of course, of major concern to Jackson.  But, as a parent himself, he understood the pressures that pushed some adults to the edge:

“Eating each other alive just to survive the nine to five,
Every single day is trouble while we struggle and strive
Peace of mind’s so hard to find.”

“Babies being born in the world already drug addicted and afflicted,
Family values are contradicted.
Ashes to ashes and dust to dust, the pressure is building and I’ve had enough.” [5]

Like his recording of the song “Shout”, I think of Michael Jackson’s performance “shout” as the artist ensuring he has our attention, because he has a message that could prompt us to save the world from self-destruction.

Though not Graves’ “terror shout” Michael Jackson’s roar is, indeed, a shout that could (metaphorically) “move mountains”, a roar that commands our attention. It was, perhaps, “fearful” or “terrible” in the context of being both a warning and a call to action; for us to come together in love to change the world for the better.  That, I think, was Michael’s ultimate dream, and he wanted us to be fully “awake” to it.

“We all must unite, to turn darkness to light,
And the love in our hearts will shine.” [6]

[1] Jackson, Michael with Edward Riley, Claues Forbes, Roy Hamilton, Samuel Hoskins and Carmen Lampson “Shout” released as B side to the single “Cry” in the UK, December 2001  Entry in MJTunes discography http://www.mjtunes.com/modules/mydownloads/singlefile.php?lid=190

[4] Vogel, Joseph Man in the Music.  The Creative Life and Work of Michael Jackson,Sterling Publishing 2011 p. 248 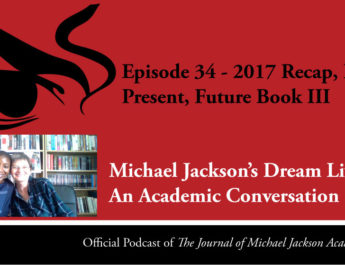