Issue 4 MJ Studies Today Volume 4
14th April 201815th January 2021
Posted By: Karin Merx column, Elizabeth Taylor, Friendship, Kerry Hennigan, Michael Jackson
Abstract: In this month’s column, Kerry looks at the friendship between Michael Jackson and Elizabeth Taylor. Despite intense media scrutiny they managed to stay friends until the ends of their lives, including supporting each other through career ups and downs, good times and bad. The media called them “Hollywood’s Odd Couple” – but if we look beyond tabloid gossip, we can glimpse what made their friendship one that was so close and enduring.

“I can’t imagine life without him.” Elizabeth Taylor and Michael Jackson – an enduring friendship.  By Kerry Hennigan

When Elizabeth Taylor celebrated her 65thbirthday with a black-tie charity gala in Los Angeles in 1997, Michael Jackson was not only her princely escort for the evening; he also performed a song in her honour that was heard in public only on this one occasion. (1)

“Elizabeth, I love you” was accompanied by a spare, stylized performance echoing the golden era of Hollywood musicals – an era that witnessed Taylor’s rise to stardom and produced performers like Fred Astaire and Gene Kelly who had inspired Jackson’s development as an artist.

Elizabeth had made her movie debut and become famous at a young age and, like Michael, she had survived childhood fame and an abusive father to become an adult star.

According to Carol Bayer Sager, who was Taylor’s neighbour, “Theirs was a special relationship. Two of the world’s greatest superstars, with lives that were lived on stages or on movie screens since they’d been children. How could either of them find anyone else who could understand their lives?” (2)

Both knew the hunger of the tabloid media for gossip about their respective private lives, including their friendship.  They were dubbed by some members of the media as “Hollywood’s Odd Couple.” (3)  Stories, rumours and myths of their relationship have continued even after Michael, then Dame Elizabeth (she was made a Dame Commander of the Order of the British Empire in 2000) had passed on.  A so-called “tell-all” book called “Elizabeth and Michael: A Love Story” was published in 2016, (4) and a never-screened episode for a UK comedy series called “Urban Myths” was filmed for release in 2017, based on an entirely fictional road trip with Marlon Brando.

But the pair had more in common beyond childhood stardom and a surfeit of media attention.

Having suffered a back injury after falling from her horse when filming National Velvet when she was 12 years old, Elizabeth Taylor knew what it was like to require pain killers to get through a performance. Sadly, this was to be the case for Jackson, too, during his Dangerous world tour in 1993, due to persistent pain from treatments on the burn to his scalp (suffered back in 1984) and the stress of the first child molestation allegations that were making headlines back in the US at the time.

It was Taylor who rushed to Mexico City to see for herself what had caused alarm bells to be rung by some of Jackson’s support team.  As she later told the media, she loved Michael like a son, and had taken what she considered to be necessary action to help him.

Jackson seems to have trusted Elizabeth Taylor’s advice throughout his adult years.  She supported what he did for disadvantaged and sick children who were invited to Neverland, knowing the true nature of Michael Jackson and, also, his innocent love for children and genuine concern for their wellbeing. (4)  While a laudable sign of support for her dear friend, it was not, perhaps, wise advice in terms of public perceptions via the lens of a truly caustic media (and a vengeful district attorney).

While much of the US (fans aside) lost track of Jackson after his 2005 criminal trial and acquittal, Taylor retained contact with him by telephone, and when asked about it, questioned why he should ever be expected to return to the land of his birth given the way he had been treated there. (5)

Fast forward to 2009 and Taylor was planning to head off to London for Jackson’s “This Is It” opening at the O2 arena.  She collapsed, distraught, on hearing the news of his death, and later posted the following on her social media account: “My heart . . . my mind . . . are broken. I loved Michael with all my soul and I can’t imagine life without him. We had so much in common and we had such loving fun together.” (6)

Despite being largely restricted to a wheelchair by now, Taylor attended Jackson’s funeral service, and later escorted his children on a visit to Halloween Horror Night at Universal Studios. Following Taylor’s own death from heart failure in 2011 at age 79, an article in The Hollywood Reporter noted that Jackson’s funeral service at Glendale’s Forest Lawn was one of her final public appearances. (7)  It is also where she herself was later laid to rest.

Taylor and Jackson were both dedicated to humanitarian causes, with Jackson being a supporter of the Elizabeth Taylor AIDS Foundation which she had launched in 1991.  To many of Michael’s fans, it seemed only appropriate when, in 2017, his model/actress/activist daughter Paris became an ambassador for the foundation and travelled to Malawi in the company of Taylor’s grandchildren.  In her speech at the Global Citizen Live! event Paris (age 19) described her godmother Elizabeth as “a real badass, and I admire what she’s created. I think it’s beautiful.” (8)

As for the true nature of the Taylor/Jackson relationship, for Michael’s perspective we need look no further than his own words.  In “The Michael Jackson Tapes” he describes it as being “like brother and sister, mother and son, lovers… it’s a potpourri…it’s something special” but admitted that “I know that if we ever did anything romantically, the press would be so mean and nasty and call us ‘The Odd Couple.’ It would turn into a circus and that’s the pain of it all.” (9)

Back in 1993, when Oprah Winfrey had brazenly asked if they had proposed to each other, the answer was an emphatic “no”.  Watching this interview now, I get the feeling that both Elizabeth and Michael considered such a question a trivialisation of their relationship. (10)

After all, friendships – true friendships – invariably outlive youthful infatuations.  The emotional ties between Elizabeth Taylor and Michael Jackson endured throughout their respective personal and career peaks and troughs, their good times and bad. They were witnesses to each other’s pain.

“I love Elizabeth Taylor,” Michael had written in Moonwalk back in 1988.  “I’m inspired by her bravery. She has been through so much and she is a survivor… I identify with her very strongly because of our experiences as child stars. When we first started talking on the phone, she told me she felt as if she had known me for years.  I felt the same way.” (11)

Considering the media scrutiny they endured, their unfailing loyalty to each other made their relationship, whatever others might try to make of it, a triumph. 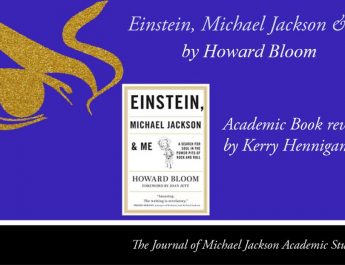