Abstract: The Michael Jackson On the Wall exhibition has toured some of the major cities in Europe and drawn crowds in every location.  This month our columnist Kerry Hennigan discusses the exhibition as she experienced it at the Espoo Museum of Modern Art in Finland.

The Impact of Genius:  Michael Jackson On the Wall at the EMMA, Finland, Part 1.  By Kerry Hennigan

As the creators of the Michael Jackson On the Wall art exhibition have explained, this collection of works by many artists working in different styles and mediums is not intended as a biographical depiction of the life of the King of Pop.  Rather it shows how, as a global icon of entertainment and pop culture, he inspired other artists.  Although Jackson’s Estate gave its approval to the National Portrait Gallery London who compiled the exhibition, the Estate had no creative involvement or control over its content.  Consequently, from the outset, missteps in the project were obvious.  But it’s not all bad; some of it is good, and some, brilliant.

On the Wall has been touring major European galleries since June 2018.  Its run concludes this month (January 2020) at the Espoo Museum of Modern Art (EMMA) in Finland.  From a fan’s perspective, some of the contributing artists appear to have strange ideas or misconceptions of the King of Pop, the man and the icon.  An example includes the choice of two of the writers who provided essays for the official catalogue.  Opinion pieces are, assuredly, simply that, but under the by-lines of writers on whom literary awards have been bestowed, they can be accorded credibility they simply don’t deserve.

Catalogue essays aside, the exhibition itself, as installed at the EMMA, filled me with pride and appreciation that Michael had been recognised as deserving such a large, multi-media collection of works – one that has been drawing crowds wherever it has appeared. It was October 2019 before I caught up with it – a time of glorious golden leaves and crisp air (and occasional heavy rain!) in the Northern Hemisphere.  The EMMA is part of a larger museum complex located in Espoo, just outside the Finnish capital of Helsinki – a long way from my home in Australia.

Within the vast exhibition space, there were pop-up cinemas screening videos, including one that depicted a line of European MJ fans dancing to Jackson’s music.  I chanced upon this exhibit just as a group of visiting adults, teens and young children were copying the moves of the fans on the screen to the tune of “Thriller”.  It was truly heart-warming to see the different generations getting such unabashed enjoyment from Jackson’s music and signature dance moves.

This sense of joy emanates from some of the other exhibited works, such as Appau Junior Boakye-Yiadom’s “P.Y.T. 2009”. This piece uses latex helium-filled balloons to hold up a pair of penny loafers in Jackson’s familiar tiptoe stance. However, the work has a deeper message as explained in the catalogue.  “Working against the grain of gravity ‘What comes up must come down’  both physically and iconically… Within P.Y.T…. the replacement of the balloons as they individually deflate plays on the continuous work and effort in upholding an admired public image.”[1]

Michael Jackson fans know all about that as we continue to fight for his vindication, especially since the Leaving Neverland hit piece screened early 2019.  While Boakye-Yiadom’s balloons were conceived and exhibited before the controversies of the past year, it reminds us of the necessary vigilance required to defend the innocent in this age of internet-driven click-bait headlines masquerading as truth.

David LaChapelle’s giant photographic pieces that depict Michael Jackson in a religious context were familiar friends to me, having been exhibited with some of the photographer’s other (non-Jackson) works at the Ballarat International Foto Biennale in 2017.  At the EMMA they were accompanied by another of LaChapelle’s works, “An Illuminated Path” from 1998.

LaChapelle, whose first job was working for Andy Warhol, is an unashamed MJ fan.  He photographed Jackson’s daughter Paris for Rolling Stone in December 2016 (for the Jan 2017 cover story).  However, the On the Wall catalogue entry on page 186 is in error when it says that LaChapelle “went on to photograph Jackson a number of times throughout his life.” Wrong; he depicted Jackson, via use of doubles and digital manipulation.  Sadly, to my knowledge, he never personally photographed him.

LaChapelle’s images of Jackson are, to say the least, arresting; but for many fans, they evoke deep emotions – in accordance with the photographer’s intentions.  “These images are the true essence, it’s the true Michael… I’m not saying that he’s a religious figure or a saint but I think he is as close as we can get to someone who was this incredible angel amongst us… we chose to persecute him and crucify him.”[2]

This quote, as reproduced in the On the Wall catalogue, aligns with similar sentiments expressed by actor Wesley Snipes who, before cinematic fame, appeared in Jackson’s “Bad” short film (1987), directed by Martin Scorsese.  In an interview for GQ magazine in 2010, the actor said “Not that he was an angel, but we were sent an angel. To heal, to inspire, evoke thoughts of beauty and love in this world of chaos. And we didn’t take good care of it. Collectively. That’s just my feeling.” [3]

We could ask if this impression of Jackson is more valid than those expressed by the catalogue essayists or by some of the artists whose works are in the exhibition.  In my opinion, it is – being based not on a longing for a Jackson frozen for posterity at the height of his “Thriller” success, but arising from greater knowledge, understanding and appreciation of Jackson’s unique, indefinable persona and international appeal beyond the confines of race, gender, religion, age and national identity.

There is a lot more that can be said about the work featured in the On the Wall exhibition, and I’ll revisit the subject in Part 2 of this column.  In the meantime, for the fans who haven’t seen it and who have the chance to do so, I would recommend getting along to the EMMA to examine Michael Jackson On the Wall in person.  For all its flaws, errors and misconceptions of its subject, there is much that I liked, and some that I loved.  More importantly, I believe it represents a long-overdue recognition by the international arts community of the impact of Michael Jackson’s own art, life and legacy.

Hennigan, Kerry. “The ‘Pop Art’ of Michelangelo and Michael Jackson (as defined by LaChapelle)” https://kerryhennigan.wordpress.com/2017/03/16/the-pop-art-of-michelangelo-and-michael-jackson-as-defined-by-lachapelle/

Amisu, Elizabeth. “On Michael Jackson Book Review.” The Journal of Michael Jackson Academic Studies 1, no. 1 (2014). Published electronically 4/08/14. https://michaeljacksonstudies.org/on-michael-jackson-by-margo-jefferson/.  This review looks at a book written by one of the writers whose essay is included in the official catalogue.

Hennigan, Kerry. “Visual representations of Michael Jackson and how they do or don’t reflect the man, his art and the life he lived – MJ Studies Today XXXVIII (14-02-2019).” The Journal of Michael Jackson Academic Studies 6, no. 3 (2019). https://michaeljacksonstudies.org/mj-studies-today-xxxviii/

Photo montage “drawn! sculpted! painted!” compiled by Kerry Hennigan from the author’s own photographs, taken October 2019 at the EMMA, Espoo, Finland.  Includes detail of the painting “Michael Joseph Jackson” by KAI.  No copyright infringement is intended in this not for profit educational exercise. 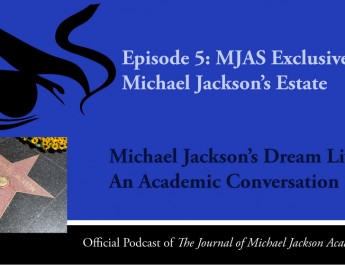