Abstract:  Fans of Michael Jackson have taken to streaming his music online as a show of support for his legacy. Contributing to an increase in his steaming figures for the first half of 2019 according to Nielsen.  In this month’s MJ Studies Today column, Kerry Hennigan uses the random shuffle play content of a recent streaming session to give closer examination to some of Jackson’s recordings.  She finds there is always something new to discover about Jackson’s art, his creative processes and his collaborators.

#StreamingMJ : Random Songs from the Life of a King.  Listening to Michael Jackson on Shuffle Play – Part 1.  By Kerry Hennigan

Attempts to remove Michael Jackson’s music from airplay in the wake of the faux documentary “Leaving Neverland’ resulted in many fans putting aside their CDs and record collections to stream Jackson’s music online.  This concerted campaign contributed to an increaseof 41% in Jackson’s streaming numbers compared to the same period in 2018 according to a mid-year report by data and analytics company Nielsen. [1]

Listening to your favourite artist on platforms like Spotify or Deezer without paying for a “premium” subscription sometimes means having little control over the content or sequence of tracks, depending on the device one is using.  However, for the MJ academic student, this can prompt more in-depth research on tracks not previously granted such scrutiny.  This was the case with some of the songs heard on my recent Michael Jackson streaming session via my smart ‘phone.

It began with “Got To Be There”, a song penned by Elliot Willensky and released by Motown as a single in October 1971. Michael had turned 13 in August of that year, and the song became the title track for his first solo album, released the following January.  Having achieved fame and acclaim as the lead singer of the Jackson 5 as a child and pre-teen, he was now launched on his solo recording career.  His innate skill at singing a soulful ballad was already well established by this time, but “Got To Be There” still barely hints at the sublime voice he would possess as an adult.

His Motown mentor Berry Gordy says “I called him the sponge… I was fascinated at Michael’s ability to study my every move. He learned everything I knew and everybody else he was interested in, too.” [2]  After Jackson’s death in 2009, “Got To Be There” and other songs recorded in his youth enjoyed the renewed interest of a public hungry for Jackson product.  The album was eventually certified Gold by the RIAA on August 2, 2013. [3]

The next track on my random streaming session was “The Girl Is Mine”.  One of three duets with Paul McCartney, it was written by Jackson and recorded in Los Angeles in April 1982.  At the time, for Jackson to be recording with one of the legendary Beatles, whom he loved, seemed a pairing made in heaven and one guaranteed to generate hits.  Jackson explained how “The Girl Is Mine” came to be written when testifying (successfully) against a claim of plagiarism in 1984.  “It started with Quincy Jones asking me to write a song about two guys quarrelling over the same girl and I thought about it and came up with the song.”

His testimony to the court is one of the many instances of Jackson explaining his process of using his voice as an instrument(s). “I woke up from my sleep and I had this song, and I went over to the tape recorder and I sang it into the tape recorder and I sang exactly what I heard in my head, starting with the melody and the keyboard and the strings and everything.  So, I just orally put it on tape.”

Michael Jackson considered song writing a spiritual process.  “Songs are spiritual things,” he said.  “They create themselves as if you are not doing it, as if it is there already.” He further explained,  “I don’t play a lot of piano.  I mainly compose in my head.  When I do go to the piano, it is mainly two chords that I play and that dictated the different songs that I have written in the past.” [4]

“Thriller” was next up in the session.  It’s so well-known and discussed there would seem to be little left to discover that we haven’t heard/read umpteen times before. “Thriller” is a great song, from the biggest selling album of all time, and important also for reminding us of the role Rod Temperton played in Jackson’s career in that decade.

Temperton (1949-2016) was a British musician, songwriter and record producer who wrote the tracks “Off the Wall”, “Burn this Disco Out” and “Rock With You” as well as “Thriller”, “Baby Be Mine” and “The Lady In My Life” for Jackson’s “Off and Wall” and “Thriller” albums, respectively. He also wrote the music for “Someone in the Dark”, the song recorded by Jackson for the “ET: The Extra-terrestrial” audiobook which Michael narrated.

Recording engineer Bruce Swedien calls Temperton “the most disciplined pop music composer I’ve ever met.  When he comes to the studio, every musical detail is written down or accounted for in Rod’s mind.  He never stops until he feels confident that the music we’re working on is able to stand on its own.”  Temperton’s work ethic would have suited Jackson; as Swedien recalls, “Michael was never late for a session – if anything he would be early. Also, I never remember recording Michael with the lyrics in front of him.”

It was Temperton’s idea to have wolf howls at the start of “Thriller”, and Swedien tried using his Great Dane, Max, but Max failed to perform for the microphone  So, “you know who it is that is doing those wolf howls?” Swedien asks.  “That’s Michael Jackson, we had to get Michael to do it instead, but he did it so great. There’s some library stuff in there but Michael did those wolf howls.” [5]

Next to stream was “I’ll be there”, sang by Michael with the Jackson 5 when he was eleven years old.  It was released by Motown in August 1970, the day before Michael’s twelfth birthday.  Berry Gordy, Hal Davis, Bob West, and Willie Hutch wrote the song.  It was the group’s fourth number one hit in a row and later became part of the J5 medley performed by Michael on all his solo tours.

One music reviewer writes of the recording, “Of all the Jackson 5’s hits, none showcased the preternatural brilliance of Michael Jackson quite so perfectly as the 1970 ballad ‘I’ll Be There.’ Rarely, if ever, had one so young sung with so much authority and grace, investing this achingly tender ballad with wisdom and understanding far beyond his years.” [6]

Despite it being a recording from his childhood, “I’ll be there” invariably reminds me of the 50-years old Jackson singing it in the “This Is It” film, where the song has a heightened sense of melancholy because of Michael’s passing shortly thereafter.  Even when streaming material from his youth, I invariably think of the artist in his mature, adult persona.  This is the Michael Jackson I love most.  Other fans have their own favourite eras;  with a career that spanned four decades, Jackson delivered artistic output reflecting a range of musical styles and cinematic ideas (in his short films), appealing to a broad variety of tastes.

This is one of the abiding lessons of Michael Jackson, artist, humanitarian and man.  He is ecumenical, if I can use that term in a non-religious sense.  He is about unity in diversity.  This is one of the most important lessons his fans can learn from him.  It’s what makes him stand head and shoulders above so many other entertainers.

There were more songs in my random streaming session that similarly reveal much on the man and his art and those who helped him realise it.  We’ll look at some of those in Part 2 of #Streaming MJ.

Photo montage “I’ll be there” compiled and edited by Kerry Hennigan using Motown Records’ “Got to be there” album cover (1972) and photograph from Columbia Pictures’ “Michael Jackson’s This Is It” (2009).  No copyright infringement is intended in this not-for-profit educational exercise. 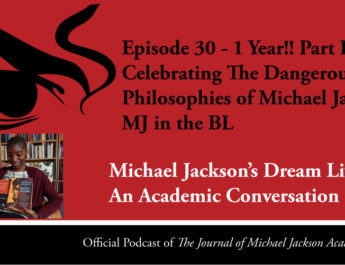 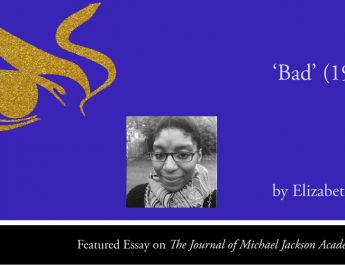