Abstract:  In this month’s MJ Studies Today column, Kerry Hennigan looks at resources that tell positive stories of Michael Jackson at Neverland Valley Ranch.  These books present first-hand narratives completely at odds with the negative media that has recently been circulating about the ranch and its owner and his purpose for creating his own amusement park.

Reclaiming Neverland: sourcing stories of Michael Jackson at home as told by his friends and employees. By Kerry Hennigan

“Neverland is me… it represents the totality of who I am.”

This is what Michael Jackson said about his home in California’s Santa Ynez Valley in 2002.

“When I was creating Neverland, I was creating a world the way I would like to see it,” he continued. “I wanted it to be a place to bring sick kids who are deprived and underprivileged from around the world… A haven for them, where they could feel safe and have some escapism. Or kids, who never got to see these type of things in the inner cities, to breathe fresh air and see mountains and all that.” [1]

Thanks to many misguided and some very deliberate attempts by his critics to paint Michael Jackson’s Neverland Valley Ranch as a sinister place, the truth is quite the opposite.  Before it was despoiled by false accusations, police raids and journalists desperate to project negativity where there was none (e.g. Bashir “Living with Michael Jackson” 2002) Neverland was exactly what Michael created it to be – a place of happiness.

Fortunately, there are firsthand accountswritten by individuals who knew the King of Pop while he was in residence.  While their books are not the usual, annotated resource texts we would normally reference for MJ Studies, and despite some minor timeline errors with respect to what happened when during Michael Jackson’s busy life and career, these titles, written predominantly from memory, do contain insights that most resource texts lack.

To begin with Jackson’s purchase of the property: Gloria Rhoads Berlin’s 2010 book “Michael Jackson: In Search of Neverland” is her personal perspective as Michael’s real estate agent.  But she knew him and his family long before, being a near neighbor to the Jackson family in suburban Encino where Michael lived prior to purchasing his dream property.

As Berlin explains, the purchase of Neverland was Jackson’s chance to live on his own – away from other members of his family; to have the space for his beloved animals; to build his own amusement park and to play host to sick and underprivileged kids. She also writes of Michael’s spiritual side and of praying with him at the ranch.  She writes of his belief in the healing power of music.  She also tells of his confessions of loneliness when on tour; his striving to excel at his craft, and his love for children but fears (then) that he may never father his own.

Ms. Berlin’s book can be read as a prelude to a similarly slim but insightful volume by one of Jackson’s neighbors, William B. Van Valin II MD.  “Private Conversations in Neverland with Michael Jackson” is another collection of anecdotes, and vignettes of life at Neverland.  Valin tells of visits late into the night with Michael, his children and his staff, meeting his friends and returning his hospitality in the Valins’ own home.  Some things will stand out – for example, the elephants trashing a birthday party on their daily walk down to the house; and the theft of antiques by some of Michael’s own staff.

There are plenty of examples of Michael Jackson behaving like a big kid, enjoying himself, having fun and encouraging others to have fun with him; whether it be watching movies in his private cinema, playing arcade games, riding the bumper cars (of which he was the most reckless driver!) or just hanging out watching DVDs and having late night snacks.  This is consistent with what we have heard from other MJ “insiders” and observers and confirms a lack of anything of a sinister nature in Jackson’s activities.

Dr. Valin’s wife Criss also gives her opinion of Michael in her husband’s book.  “If he had never become famous you still would have been smitten with him no matter what it was he did. It was lovely just to be around him. I loved every minute that we spent together. He was charming and funny and I am lucky to have been able to count him as a friend.”

Another book comes from a former employee who more than appreciated the opportunity to work at Neverland.  Ray Robledo’s “Behind the Gates of Neverland. Conversations with Michael Jackson”, co-authored with Lori Armstrong, provides information on the day-to-day running of the ranch.

Through Robledo we meet others who work there, including Marvin and Linda who looked after the animals in Michael’s zoo, and the animals themselves – the giraffe, the lion, the chimps and more.  From the time he takes over care and control of the amusement park, Robledo is told by his boss to “Call me Michael, please.”  And that is when their friendship began, says Ray.

Robledo writes that Jackson had a human side that was quite simple, “which was opposite to the strange portrayal of him by judgmental media.”

Initially published as an eBook, “Behind the Gates of Neverland” is now also available in a paperback edition.  The one thing I will say about the latter is that it is a shame that the two photographs of Jackson used on the cover of the paperback were both taken prior to his purchase of Neverland and are obviously (to fans in the know) used out of context with the period covered in the book.  Like minor errors in the narrative, the choice of cover images unnecessarily calls the book’s credibility into question.

Finally, “Maker of Dreams: Creating Michael Jackson’s ‘Neverland Valley Park’” by Robert E. “Rob” Swinson is a large format photographic book documenting in words and color photographs the creation of the ranch’s amusement park.  The photographs depicted here are presented in context with the text. Swinson explains in the Forward how the usual privacy agreement required of all visitors to the Neverland was overturned for him so that during the early 1990s he could take hundreds of photos around the ranch.  The only other known associate of Michael’s to have such license was his videographer who documented various events, “such as Halloween Eve 1990,” writes Rob, “when Michael’s new 50-foot Grand Carousel was inaugurated.”

In addition to details on the development of the amusement park and all its rides, Swinson’s book comes with some very useful resources in the Appendix, including a partial transcript from an interview the author gave with Brad Sundberg on the late Rev. Dr. Catherine M. Gross’ radio show “A Place In Your Heart”.  Rob also lists online sources for articles and videos of Neverland and interviews with some of Jackson’s other close associates such as Sundberg and artist David Nordahl.

In the end, of course, Neverland was cruelly “invaded” by the outside world.  It was raided twice by the LAPD and Santa Barbara County Sheriff’s office (in 1993 and 2003 respectively) and despite the Not Guilty verdict in the 2005 criminal trial, the ranch had been despoiled for Michael. His attorney, Thomas Mesereau warned him that to continue to live there was to remain a target.  So, the man who wanted to be Peter Pan and forever remain a child at heart, left the country of his birth for a year and a half, and on his return, based himself in Las Vegas before moving to Los Angeles ahead of starting rehearsals for “This Is It”.

Neverland, which has since reverted to its original name of “Sycamore Valley Ranch” (a name almost no-one uses) currently remains in the hands of Colony Capital, the company that refinanced Jackson’s loan on the property when it was on the brink of foreclosure in late 2007.[2]  Colony Capital’s joint venture with Jackson was for the company to own, operate and reposition the ranch for sale with Michael having the right of first offer to buy it back. [3]

Following Jackson’s shock passing in June 2009, fans began flocking to the ranch with their flowers, messages and tokens of love and loss.  If evil had been visited on Neverland as a result of those attempting to extort money from its owner, then the love showered on it – and on Jackson – by his fans, has had a cathartic affect for those who visit it.  One of these is Michael’s daughter Paris, who returned briefly in 2011 and said of the experience: “I cried and cried. It’s beautiful there. It still has good energy. I think it should be restored to how it used to be so that the children who couldn’t have a childhood could have fun there. That was his goal— like kids in a hospital. They should restore all the rides and everything. As soon as I’m an adult, I’m on it. Count on it.”[4] At present Neverland is still on the market – its next chapter remains to be written.

[1]  Michael Jackson in “Take Two: The Footage You Were Never Meant To See”, 2002 access the transcript at https://www.truemichaeljackson.com/neverland/

[3]  Daily Michael “Exclusive: Selling Neverland was the goal of Colony Capital and MJ all along” http://dailymichael.com/lawsuits/estate-v-tohme/293-exclusive-to-sell-neverland-was-the-goal-of-colony-capital-and-mj-all-along

[4]  “Paris Jackson: Every time my dad left the room I’d say ‘I love you’. I was scared of what might happen to him” Event Magazinearticle by Caroline Graham 18 April 2013

Photo montage by Kerry Hennigan using photographs by Harry Benson for the Architectural Digest. No copyright infringement is intended in this educational, not-for-profit exercise. 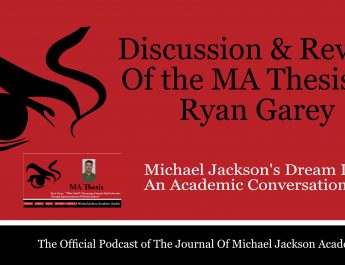 Review and discussion of the Thesis by Ryan Garey 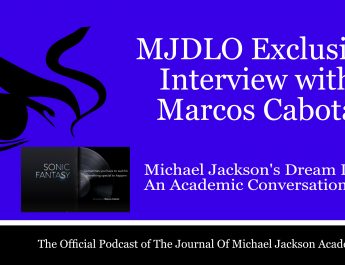