In this month’s MJ Studies Today column, Kerry Hennigan looks at Michael Jackson’s cover of the Beatles hit song “Come Together”. She discusses the reasoning behind Jackson’s recording of the song, the curious nature of its lyrics, and what we can learn from the artist’s performance of it both in the studio and on stage.

“Raw and kinda funky”: Michael Jackson, “Come Together” and the Beatles catalogue.
By Kerry Hennigan

When someone recently asked music fans on Twitter for their suggestions on cover songs that were better than the original recordings, the response from Michael Jackson fans was unanimous.  Whether or not you agree that Jackson’s version of “Come Together” is superior to the original by the Beatles is not the primary issue here.  Rather it is why Jackson recorded a Beatles song at all, in particular one that would appear to have no particular story or message in its lyrics.

By the time his version of “Come Together” was released via the “Moonwalker” feature film, Jackson had no need to cover other artists’ hits. [1]  He was himself the composer of some massive hits – songs like “Billie Jean” and “Beat It” for example – and was also able to attract the best work of other writers.  But, having purchased the Beatles music catalogue in 1985, Jackson wanted to record one of the tracks for which he now owned the music publishing rights.  He was a life-long Beatles fan and had worked with Paul McCartney, whose advice was responsible for him buying into the music publishing business.  He was also friends with Lennon’s widow Yoko and their son Sean who appeared in the “Moonwalker” movie.

Recording engineer and producer Bill Bottrell remembers driving around LA with Jackson after the latter’s purchase of the catalogue, listening to Beatles’ songs and eventually deciding “Come Together” would work best for Michael. [2]  The recording of the track was deliberately left “raw and kinda funky” in Jackson’s words.  “It was just spontaneous, but I knew I wanted to do something with it.” [3]  For his on-screen performance of the song in “Moonwalker” the accentuated beat provides the perfect motivator for Jackson’s thrusting leather-clad hips.  In plain speak, his performance of the song is hot, sweaty and sexy.

“Come Together” is lyrically a nonsensical John Lennon classic boasting a thumping beat.  Lennon had explained the song was primarily written for Timothy Leary’s 1969 campaign for Governor of California, which collapsed when Leary was arrested for marijuana possession.  “It’s gobbledygook,” Lennon admitted.  “Come Together was an expression that Leary had come up with [for his campaign].”  Lennon tried unsuccessfully to write something campaign worthy but could only produce what became the opening track on the Beatles’ “Abbey Road” album.  It was also the only Beatles’ song Lennon later performed in concert as a solo artist. [4]

“Come Together” was Michael Jackson’s only recording and public performance of a Beatles’ song.  Despite having ignited the screen with it in “Moonwalker” the track was not released as a single until being used as a B side to “Remember the Time” in the UK in 1992.  It did not make an album appearance until 1995’s “HIStory Past, Present & Future: Book 1”.  “Come Together” then became part of the first leg of his HIStory world tour concerts (September 1996 – January 1997) when he performed it as a medley with his own track “D.S.” [5]

Jackson believed that the melody was everything in a song, and he would often substitute nonsense for the lyrics when rehearsing or employ them when he’d forgotten the lyrics in front of a live audience.  Somehow it still seemed to work, because he did not miss a beat.  As a dancer who was a self-proclaimed slave to the rhythm, he did not rely on words to convey emotions.

“Come Together” showcases Jackson’s mastery of delivery in both recording and performing.  Michael had a gift for infusing a song with meaning, notwithstanding nonsensical lyrics – whether the meaning be sensuous in nature, or a call for people to come together free from restrictions of language and social conventions.  As pointed out by Joe Vogel: “Music, for both Jackson and Lennon, was about bringing people together and making them feel free.” [6]

As an artist Jackson was big enough and talented enough to cover a hit song by one of the most famous and best loved groups in popular music and take it to an entirely different place – a feat not to be underestimated, and one that few artists would attempt.  It is a measure of Jackson’s unique gifts as an artist that, all these years after it appeared in “Moonwalker”, we’re still watching, listening and talking about his interpretation of “Come Together.”

[1]  YouTube “Official Video for ‘Come Together’ by Michael Jackson” https://www.youtube.com/watch?v=ubR9cXWkXv8

[4]  Sheff, David All We Are Saying: The Last Interview with John Lennon and Yoko Ono, St Martin’s Griffin 2000 https://archive.org/details/allwearesayingla00lenn

Greenburg, Zack O’Malley “Buying The Beatles: Inside Michael Jackson’s Best Business Bet” on Forbes 2 June 2014 (an excerpt from Zack’s book Michael Jackson, Inc) https://www.forbes.com/sites/zackomalleygreenburg/2014/06/02/buying-the-beatles-inside-michael-jacksons-best-business-bet/#dd2f7d115e24  Note: this article predates Sony Music’s buy-out of the Jackson share of the Sony/ATV catalogue in September 2016 and its acquisition of the MJ Estate’s share of EMI Music Publishing in 2018.

Brazilian Jackson fan Manu Bezamat via a Twitter thread has compiled the story of Michael’s purchase of the ATV catalogue and all that subsequently happened.  Sources are  provided in the final tweets in the series posted early Jan 2020.  The thread commences here: https://twitter.com/manuelabezamat/status/1217021240902389760

Wikipedia entry for Timothy Leary (includes a section on musical associations such as with John Lennon and Yoko Ono and numerous others) https://en.wikipedia.org/wiki/Timothy_Leary 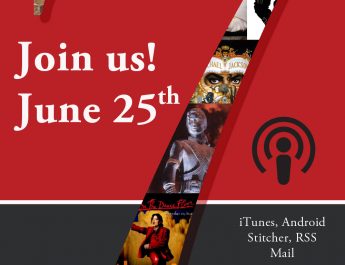