Abstract: In this column Kerry examines and questions the amount of songs actually written by Michael Jackson for the release of bad. Are they all really recorded, or are they fragments and not yet finished songs; a discussion worth looking into.

The Unheard Songs of Michael Jackson – an examination of sources, assumptions and conclusions on the “Bad” album and beyond.  By
Kerry Hennigan 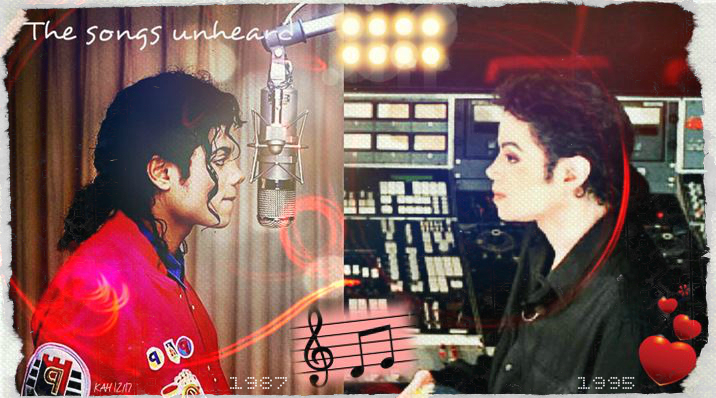 The recent thirtieth anniversary of Michael Jackson’s album “Bad”, first released in 1987, gave rise to some interesting activity on social media when fans took up the old story of the large number of songs said to have originally been considered for the album.

In particular, the often-quoted figure of “more than 60 songs” (or 62, as per Joe Vogel, referencing Rolling Stone) [1] supposedly penned by Michael for the project, has prompted claims by some fans (and a few conspiracy buffs) that we are being denied the opportunity to hear a lot of completed tracks from the “Bad” sessions and beyond.

Because of the coverage it has received, and the many articles written about it, “Bad” provides a good test case for evaluating some of the material published about Jackson’s work and examining how some stories have evolved, and in some cases become distorted, since his passing.

The Rolling Stone source Joe Vogel references is an article by Jon Dolan, titled “Bigger, Tougher, Riskier” in the tribute book “Michael” published by HarperCollins in 2009. Dolan himself doesn’t give us his source, unfortunately. [2]

By 2012 when Spin magazine references another article by Vogel [3], the statement has changed from Michael having penned more than 60 songs to Michael having “recorded [my emphasis] so much material for Bad, at one point he considered making it a triple-disc release”. But what Joe actually wrote was: “The ‘Bad’ sessions would ultimately generate more than 60 songs in various states of completion. At one point he considered releasing it as a triple-disc album” [my emphasis again]. [4]

“Generate” doesn’t necessarily translate to “recorded”. This subtle but critical difference illustrates why it’s vital to track down supposedly “well known facts” to a primary source, if possible, or at the very least, the earliest available (credible) source.

Back in 2001 the Special Edition of “Bad” was released on CD, and in addition to three bonus songs, it contained an interview with Quincy Jones (Track 12: “Voice-Over Intro/Quincy Jones Interview #1) in which the producer says that Michael had written 33 songs by the time they came to decide what to put on the album. My guess is that by this stage of the project, the songs he refers to were actual demos.

Sound engineer Brian Malouf worked on demos for “Bad” at Michael’s home studio in Encino and other studios around LA, including Westlake Studios where the album was completed. When asked by Brice Najar, author of “Let’s Make HIStory” (2016), whether these demos were completed or remain unreleased, Malouf explains “The demos we recorded (including the vocals) did in fact become masters eventually, enhanced and added to by Quincy and his team.” [5]

In the lead-up to the release of the “Bad 25” anniversary album in 2012, Joe Vogel wrote that in the previous couple of years, under the direction of the Michael Jackson Estate, a team had been carefully archiving and digitizing unreleased demos from the “Bad” sessions.

“‘Some tracks we found were very early recordings [i.e. in early stages of completion],’ says Jackson estate co-executor John Branca. ‘Some were actually so complete that any other artist but Michael Jackson might consider them finished tracks. Still others were in between.’ Of these, six demos were chosen for Disc 2 of the forthcoming Bad 25 box set (out September 18).” [6]

Andy Healy, author of the MJ 101 series of publications including “Bad 30” [7], writes that “based on conversations I’ve had with people who worked on the album there are many [songs] that are just grooves, or initial ideas for melody and groove, some with choruses but scratch verses etc.… if you look at a song like ‘Abortion Papers’ and compare it to ‘I’m So Blue’ or ‘Fly Away’, you can hear the difference in production. Even later songs like ‘In the Back’ where Michael mumbles through unfinished verses but has complete choruses give you an indication of what state the 60 songs might be in.”

Andy also reminds us that not all the songs originally considered for “Bad” were Michael Jackson originals, either, with songs by Rod Temperton being worked on which were subsequently abandoned in preference for those written by Michael himself.

What are we to conclude, then about the number and condition of unreleased songs from the “Bad” sessions? Andy suggests there may be a few more that would be of a similar standard of completion as the demos released on “Bad 25”, and many more that aren’t.

The same is probably true for Michael’s subsequent albums, bearing in mind that in 2002 (at the height of his – very public – disagreement with Sony and then-head of Sony Music Entertainment, Tommy Mottola) Michael told us that he wrote “120 songs” for every album he recorded. [8]

(Again, we need to be wary of confusing written or penned with recorded when discussing the number of songs that might be still “in the vault”.)

Irrespective of the actual figures for any given album, some of Michael’s song ideas for one album have ended up on a later one, i.e. “Bad”-era songs being completed for the “Dangerous” or “HIStory” album, for example, and so on. Some demos have been released on “The Ultimate Collection” (2004), and some on anniversary and Special Edition releases, and some on the posthumous albums.

As to how many remain that are in a releasable condition – I wish I knew.

I’m one of the fans who would love to hear them!

[2] Jon Dolan “Bigger, Tougher, Riskier” in Michael, by the Editors of Rolling Stone 2009 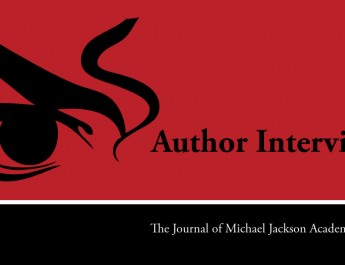 An Interview with Joseph Vogel