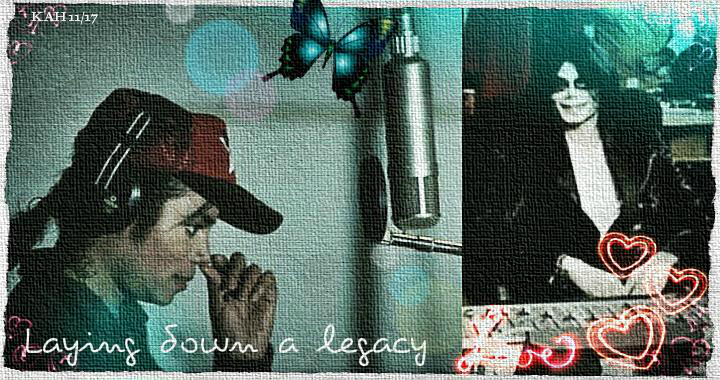 In November 2017, entertainment website The Blast reported that Triumph International, the company that handles intellectual property for the Michael Jackson Estate, had filed papers to register the name “Neverland Ranch”. The papers cited a number of entertainment activities the name would cover, including operating a museum at an as-yet-unknown location, providing guided tours of the museum, as well as marketing “non-downloadable musical performances, musical videos, film clips, photographs and other multimedia materials featuring music and/or visual representations of Michael Jackson.” [1]

Gary Trock, the author of the article, added that “Sources close to the estate of Michael Jackson tell The Blast the idea for a museum has been discussed for quite some time, and they needed to begin the process of securing a name as they move forward.” He reported that the actual Neverland Ranch was not being considered for the location of a museum, “but that people working on the project plan to incorporate items from the original home into the design, like the front gates to the ranch.” [2]

While the announcement would have pleased many fans, experience has taught me to prepare for some spirited debate. In the years since Michael’s passing, we’ve seen fandom fracture and forums fold over irreconcilable differences on matters of his artistic legacy and all the forms that might take.

When recently one fan forum closed its discussion thread on the Michael Jackson Halloween-themed “Scream” album, declaring it was a “pointless album of songs we already have ten times over” I was prompted to respond that, not everyone has the songs 10 times over and that we shouldn’t shut out new fans who are attracted by new products. “We need them for MJ’s legacy to continue”, I wrote. I was promptly invited to go buy said new fans copies of the “Number Ones” album – a compilation that Michael had overseen, rather than one put together by “a bunch of suits.” Ouch!

Of course, we can’t possibly dictate, or anticipate, what will appeal to new generations of Michael Jackson fans, nor can we have record stores put “Number Ones” on their New Releases racks to bring it to the attention of anyone who might otherwise be tempted to buy the “Scream” album. I thought it prudent to withdraw from the discussion in this instance.

Besides, I’ve been on the other side of this sort of debate.

For example, when the Estate and Sony repackaged and re-issued Michael’s “Off the Wall” album and released Spike Lee’s documentary “From Motown to Off the Wall” I just wasn’t interested. I already had the album and the documentary was on public television; I didn’t need to buy it. Yet, many fans would argue, the “Off the Wall” era was the launch of Michael Jackson’s adult solo career – it is a key moment in his growth as a recording artist. Whether or not it’s the album I listen to least or the era that least appeals to me, is not the issue when it comes to such projects. As I’ve had to remind myself repeatedly, “it’s not about me.”

A statement from the FAQ page on the official Michael Jackson website reads in part:

The critiques we do receive remind us that we can’t please everyone all the time. We too are Michael fans and we do our best to create projects which we would like to see and hear. The purpose of creating these projects is to enhance Michael’s legacy, to please and excite wherever possible the existing fans, and to introduce Michael to new generations of fans. And rest assured, sooner or later we will get to many of the projects that we know the fans want, including anniversary albums and documentaries for Dangerous and HIStory. [3]

Of course, many of us want everything that’s in the vault, and we want it now! But the release of new songs also gives rise to heated discussions on what, if any, treatment should be accorded the tracks in question. Should they be left unfinished or should someone else “finish” them? If the latter, should every effort be made to get Michael’s recording team who worked on the original tracks to bring them up to a standard that’s fit for release?

In an essay on the posthumous single release of “Hollywood Tonight”, Joseph Vogel writes that songs finished by others in the wake of Michael’s passing will always be imperfect. “All are necessarily approximations to what Jackson would have ultimately put out in finished form. That’s the nature of posthumous releases… they will always generate fierce debate.” [4]

This brings us to the fans who think that anything released without Michael’s sanction (now impossible, of course) is an insult to his artistic integrity. “Another knife in MJ’s back” someone posted cryptically on Twitter.

While conflicting, these views are all valid expressions of the passion people the world over have for Michael Jackson, the man and his music.

It should be no big deal that we are all “different” in our expectations for Michael’s creative legacy and our preferences for the expression and expansion (if any) of that legacy. That’s “Human Nature” and it’s the epitome of Michael Jackson, the artist and his art.

The one thing I think we can all agree on is that we want that legacy to continue and prosper – for the sake of his heirs and for the longevity of his much-deserved status as an irreplaceable international icon.

“Let’s face it. Who wants mortality? Everybody wants immortality,,, You want what you create to live, be it sculpture or painting or music. Like Michelangelo said, ‘I know the creator will go but his work survives. That’s why to escape death I attempt to bind my soul to my work.’ That’s how I feel. I give my all at work. ‘Cause I want it to just live.” – Michael Jackson, 2007. [5]

[4] “Inside Michael Jackson’s ‘Hollywood’” from Michael Jackson and the Reinvention of Pop by Joseph Vogel, Blakevision Books (2017) https://www.amazon.com/Michael-Jackson-Reinvention-Joseph-Vogel/dp/1977682901/

[5] “The immortality of Michael Jackson” by Bryan Monroe http://edition.cnn.com/2014/06/25/opinion/monroe-michael-jackson-five-years-later/index.html 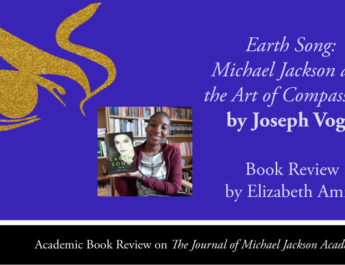 Academic Book Review of ‘Earth Song: Michael Jackson and the Art of Compassion’ by Joseph Vogel

7th October 2017 Karin Merx Comments Off on Academic Book Review of ‘Earth Song: Michael Jackson and the Art of Compassion’ by Joseph Vogel 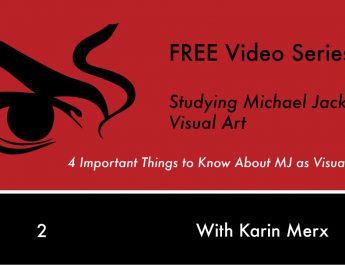