Abstract: In the first column of this year, Kerry Hennigan continues her research to Michael Jackson’s fascination for the film noir genre.

“The Girl Is So Dangerous” – Michael Jackson and Film Noir – Part 2.  By Kerry Hennigan

Smooth Criminal hit the stage live during Michael Jackson’s Bad world tour, though not the earliest concerts. It was added to the set list for the 1988 leg of the tour. From then on, it became a Michael Jackson live tour staple, replicating the dance moves from the Moonwalker movie and transitioning to the 3D prelude for the song as we saw being filmed in the This Is It movie.

This was an element Michael obviously loved – the film noir, the old black and white movies that starred Hollywood legends like Edward G. Robertson and Humphrey Bogart. And the femme fatale? Well, for This Is It, that had to be Rita Hayworth, stunning as Gilda, who strips off her long silk glove and throws it to none other than Michael Jackson!

We also saw Michael’s interest in the film noir genre present in the short film of You Rock My World, only this time he had a comedian side-kick in Chris Tucker. Some modern Hollywood ‘heavies’ challenged him this time around, with none other than the original Godfather, Marlon Brando (one of Michael’s beloved father-figures) as the big bad boss.

It is still fascinating (and fun) to watch as an art piece which was, for Michael Jackson, what short film-making was all about.

Michael’s love of this genre is especially evidenced post-Smooth Criminal by the song and live performances of Dangerous. The influence of Fred Astaire and the classic musical ‘Band Wagon’ are so apparent here, and it is obvious Michael is paying tribute to one of his heroes while updating the tempo for 90s audiences. While not included in the 1992 leg of his Dangerous world tour, it was added to the set list for the 1993 concerts and became a concert staple thereafter (excluding the This Is It shows). Michael also performed Dangerous on one-off events like the American Music Awards 1993, MTV Music Awards and Wetten Dass 1995 and as late as 2002 for A Night At The Apollo.

Dancer and choreographer LaVelle Smith Jr wrote on Facebook that the version of Dangerous performed in the MJ & Friends charity concerts ‘was spectacular for so many reasons. One being that we used some unseen steps and vocalizations from HBO’s cancelled show “One Night Only” based on Stanley Kubrick’s “A Clock Work Orange”. The “New Dangerous” was sinister and hypnotizing, the music was minimalist at the start accompanied by a simple up-thrusting shoulder, knuckles and necks cracking to draw the audience into the scene.’ [1]

Dangerous, like Michael’s other songs in the genre, emphasises the tension between the sexes and the risk of ruination for the man caught in the net of the predatory femme fatale.

In Blood on the Dance Floor, the femme fatale has become a truly deadly individual. In this song the beat is Latin-infused and the setting for the short film is modern. Michael has exchanged his signature fedora for a French braid; as one of his many female fans, I’m not complaining. He looked incredibly sexy! I’ve personally been so be-sotted by Blood on the Dance Floor over the years that I wrote an article about it in 2015. [2]

We can only wonder what he might have come up with for Blue Gangsta (1998) if that had been released during Michael’s lifetime and turned into a short film. This was the song of which composer and producer Dr Freeze said: ‘For Blue Gangsta I wanted to make a new Smooth Criminal. Something more modern and rooted in the 2000s.’ [3]

However, the 3D footage shot for Smooth Criminal for his This Is It residency at the O2 is, I believe, a fitting finale to Michael Jackson’s involvement with the film noir genre. As a piece of performance art, it was going to be ground-breaking, taking the live presentation of this MJ classic to a whole new level. [4]

Kenny Ortega explains, ‘Michael did like pushing the limits. Not only did he want to freshen up old ideas, but he came to the project with new ideas that were possible with new inventions in technology.

‘In this case, we could make steps forward with video, costuming, lighting, sound and pyrotechnics. Michael was the architect and we were his builders.’ [5]

In the wake of his passing, and in the many opportunities we’ve had since to learn and reflect on his art and his desire to always ‘push the envelope’, we can only wonder where Michael’s love of the film noir genre might have taken us next.

Given his love for Cirque du Soleil shows, it’s interesting to look at what Cirque has made of Smooth Criminal in its global touring box office hit Michael Jackson the Immortal World Tour and the Las Vegas smash Michael Jackson ONE.

Following the debut of the latter at Mandalay Bay Resort on the Las Vegas Strip in the summer of 2013, Deborah Searle wrote in Dance Informa: ‘The martial arts style of dance performed by Cirque’s artists in pin stripe suits to Smooth Criminal is exciting. The floor is sprung and the dancers literally throw themselves onto it, bouncing and tumbling off and into the air. It is a visual spectacle and as a dancer myself, I found the idea of having such a floor inspiring; oh, the choreographic possibilities!’ [6]

It’s certainly possible to imagine that Michael would have shared her excitement. 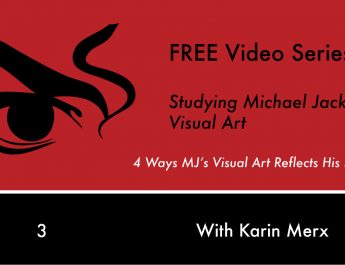 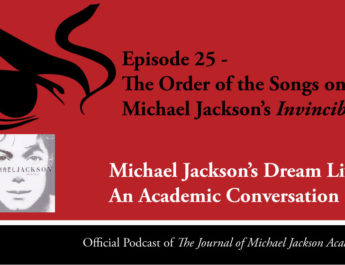