Michael Jackson – in search of a father’s love.  By Kerry Hennigan

One aspect of Michael Jackson’s life and career that often gets mentioned in books and articles is the number of father-like figures that guided and influenced him.

There was his own father, of course, who was his first manager, and whom Michael feared but appreciated for shaping the early years of his career.

But in this relationship, he was, by most accounts, denied the one thing he really wanted – a loving Dad.

It’s not surprising then that there were fatherly types who came close to fulfilling that role at different stages of Michael’s life and career.

First there was Berry Gordy.

Looking at photos of Mr. Gordy with Michael over the years (per the examples above), and how they seemed to spontaneously react to each other, I suspect that this type of affection is what Michael would have loved to receive from his own father, but probably never did – at least not to this degree.

After signing the Jackson 5 to Motown, Gordy moved the boys to Los Angeles where they lived with him for a time. “There are a lot of debates about the early part of his life and his suffering,” Gordy recalled for TIME in 2009, ”and I know that it wasn’t a kid’s life, but I disagree with most people, because he lived with me and I didn’t see so much trauma in his life. I’m not saying he didn’t have any. But I know when he lived with me, he was very normal.” (1)

Then, having left his Motown family for the Epic label, he worked with Quincy Jones on three career defining albums. Quincy was another important fatherly-type whom Michael had first encountered when working on the movie The Wiz at age 17. This was a time when he felt so self-conscious about his appearance, yet was bursting with talent and ambitions for his career.

Listening to what Michael had to say about both Gordy and Jones, in particularly in his speech following his induction into the Rock and Roll Hall of Fame as a solo performer in 2001, we can appreciate, I think, the amount of love, respect and gratitude that Michael retained for these professional fatherly mentors well into the final decade of his life. (2)

According to Michael Jackson’s nephew Taj – one third of the trio known as 3T – their famous uncle was himself a father figure who helped Taj and his brothers Taryll and TJ not only with their music, but also with valuable life lessons.

“He was definitely our mentor, and everything we did in life we’d kind of gear it toward what he was doing, whether it was music or how he was as a person,” Taj said. (3)

Of course, the impression Michael Jackson left as a father on his own children is obvious given the tributes they have paid to him in social media posts and interviews.

‘He was an incredible father. We all loved him to death” said daughter Paris Jackson in an interview for Event magazine in 2013. ‘He’d try to educate us as much as he could and was always looking out for us. He was very protective.’ (4)

After spending many years of his life seemingly seeking fatherly affection himself, Michael did not withhold it from anyone he felt could benefit from his guidance and mentorship, and most especially, his love. 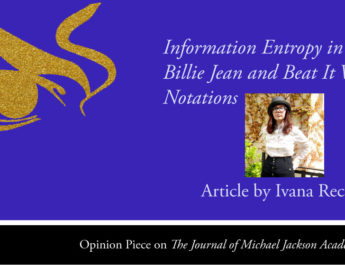 Information Entropy in the Billie Jean and Beat It Vocal Notations 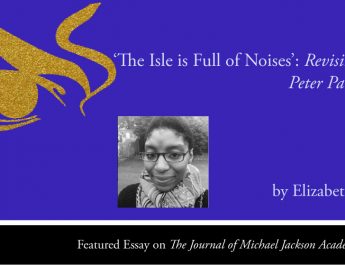 ‘The Isle is Full of Noises’: Revisiting the Peter Pan of Pop

25th August 2014 Karin Merx Comments Off on ‘The Isle is Full of Noises’: Revisiting the Peter Pan of Pop